“when weird coincidences occur, I begin to wonder who’s in charge..” 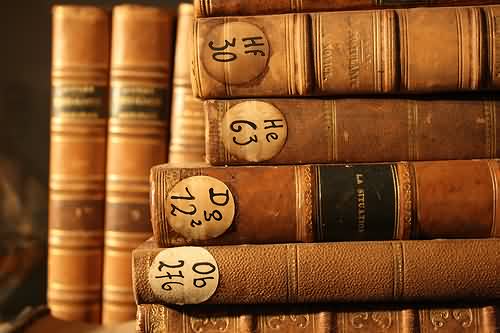 Life does strange things to you sometimes. It is when weird coincidences occur that I begin to wonder who is in charge …

This story is very personal, but I am going to share it anyway. Some people, who have heard it, feel that it has some deep significance. I just think it is interesting. You make of it what you will.

The background: I was married to Linda for many years – she was the mother of my two daughters. In 2006, after being sick for two years, she died. Just over a year later, I met Libby. Tomorrow we will be very happily celebrating our second anniversary; the second of many I hope.

Recently, this all came together in a rather surprising way …

I have a nice house. It is always rather untidy – I prefer the term “lived in”. All my life I have had the habit of accumulating stuff – collecting things and generally not being good at letting go. However, I really do want to get rid of some of this clutter, as it is weighing me down. Apart from anything else, I plan to move house [when I can sell this one – not easy].

I easily suffer from a lack of motivation. We all do sometimes. Starting unattractive jobs is hard, as they can seem very daunting. Libby is good at giving me a gentle nudge. A good example is books. I have a lot of those. Many I will never read again – they are just taking up space. Because there are so many, it is hard to know where to start. She suggests that maybe we will just deal with a single shelf – going through and sorting each book for keeping or disposal. One shelf inevitably becomes three, which means that we are making progress.

Having done most of the shelves, just a few remained untouched: Linda’s books. I did not intend to keep them for sentimental reasons – just had not got around to those. We bit the bullet.

Going through them, one at a time, we looked at one book and we were initially very confused.

Inside was an inscription – written by Libby.

We figured it out.

Libby bought this book 30 years ago and wrote in it [which, curiously, was not her normal practice]. 20 years later she disposed of it when she was moving house. Sometime later Linda bought it. So, I had a book of Libby’s on a shelf in my home for some years before we met. Odd eh?

Needless to say, I am keeping that book. But there is plenty more clutter to clear.

About Colin Walls:
I live in Gloucestershire with my two daughters. I work for a software company, but in my free time I have a wide range of interests; forexample: reading and writing, photography, food and drink.  I maintain a
blog which is loosely connected with my work http://blogs.mentor.com/colinwalls and another concerning myphotography http://www.DrawingWithLight.com

“Don’t-know mind cuts through thinking. It is before thinking. Before thinking there is no… God, no Buddha, no “I”, no words – nothing at all. Then you and the universe become one…

Nothing-mind neither appears nor disappears. if you do correct meditation, nothing-mind becomes strong and you perceive your situation clearly: what you see, hear, smell, taste, and touch are the truth, without thinking. So your mind is like a mirror.” Seung Sahn

Some people thrive on huge, dramatic change. Some people prefer the slow and steady route. Do what’s right for you.