“Metta” and the English Problem 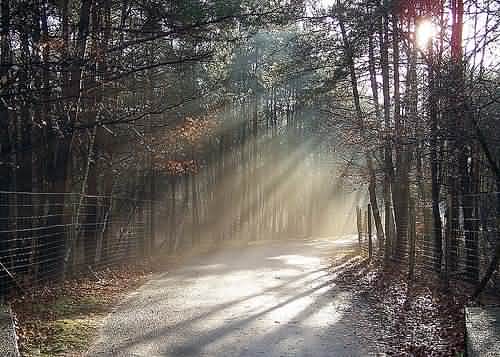 “It’s the most awful indulgence known to the average Englishman – almost as bad… as kicking a dog.”

Introducing your average Englishman to the practice of loving-kindness is all very well, but when directed towards oneself, as John Aske explains, the results can be traumatic!

The metta practice rests on the basis of loving oneself, or at least liking oneself. Without this step, no further progress is possible, either in the metta practice or in the practice of any of the Brahma Viharas (the Diving Abidings, that are – apart from anything else – the mortar of the holy life). And with the English – the men at least – this first step was proving very difficult, if not impossible.

For the English, the idea of an exercise which begins with ‘loving themselves’, or even ‘liking themselves’ for that matter, is almost anathema. We are heirs to a terrible affliction, unable to give our affection to anything but dogs, cats, budgerigars and back gardens. There is a deep, deep resistance against liking oneself. It’s the veritable dustbin of emotion. The average Yorkshireman would commit hara-kiri rather than even speak of it. Anyone who would admit to a thing like that has reached the final appallingness. Narcissus did it, and you know what happened to him. It’s the most awful indulgence known to the average Englishman – almost as bad (as the mayor of Bradford once memorably said) as kicking a dog.

I once attended a metta retreat run by a venerable bhikkhu (Buddhist monk), who by halfway through, had begun to address most of his remarks to the ladies on the retreat. When asked why this was so, he said, ‘The men are just not responding to anything I say.’ He was unaware that he had committed the unpardonable sin of telling a bunch of Englishmen to tell themselves ‘I love you.’ Most of them turned pale and one told me later that he found himself ‘hating everyone horribly.’ His mood was apparently not improved by Tiger – the monastery cat – who proceeded to dump a still living mouse in the midst of his meditation patch, kill it and then eat it.

The problem seemed insuperable, but the Venerable Anuruddha had been a master builder in Ceylon, and discovered then that ‘Nothing is all that impossible if you give it a little time and space.’ He proved his theory by rigging up a pulley in the chimney of Biddulph Old Hall, where we were staying, to haul the massive iron top off the Aga. This weighed several hundredweight, and I had deemed it impossible. But it rose up the chimney like a bird. Later he repaired a broken broom so flawlessly that I marvelled at the almost invisible seam. Clearly a man so ingenious and painstaking would not rest until he found a solution to the English problem. And he did. ‘In Ceylon we must do more wisdom practice, but here we need more metta,‘ he said.

‘The practice assumes a little liking, but it is usually directed towards the self. Since you are unhappy with yourselves, we must start somewhere else.’ It was years later that I ran across the words of a Greek philosopher, who said, ‘It is very hard to love ourselves. We should start simply with a cloud or a stone.‘

We were instructed to compile a list of all the little things for which we felt affection and regard. ‘This may be hard,’ he told us. It was, for me at least. It took me two days to present him with a comparatively simple list without feeling a little embarrassed, like a bank manager being forced to confess he still sleeps with his teddy. But at last it was done. How strange that it should have been so difficult. All my list had on it were things like ‘summer evenings in the woods, kittens playing, the river on a spring morning‘, and so on. Such innocent things that I wonder they should have been so difficult to put down: perhaps because they were so personal and private, and the English are a very private people, if nothing else. I showed him my list and was told to go away and run all those things through my mind all day, and add to the list if I wished.

Then we had to reflect that all the feelings and memories were already in our minds – part of them. And that the warmth and emotion they evoked were already present and did not need to be brought in from outside. They were already in us.

It was hard work, but never anything but natural. There was no being appalled or cringing before unacceptable emotional demands. I never forgot the lesson, or the skill of the teacher. For me it will always be one of the best examples of upaya – skill in means.

Years later, after too many reverses, I suffered severe depression, and friends advised me to look up a psychiatrist. I told them that most of the psychiatrists I had met looked more depressed than I was. There had to be another solution. When I examined my mental state, I found most of the problem was having blamed myself for everything that had happened, and a huge armament of self-dislike picked up in the process. If only there was some way to reverse the process. Psychiatrists didn’t seem to know of one anyway.

At that point, I remembered the venerable bhikkhu from Ceylon. (And he always called it Ceylon.) I set aside a special fortnight for practice.

I made out the list – little changed over the years – bought a couple of favourite plants, and went to Kew Gardens nearly every day. Within a fortnight, the gloom was dispelled and I felt wonderful. One morning at the end of the fairly intensive practice, I went into a coffee shop. It was an early summer morning and the café was full of sun, although it was too early for other customers to have arrived. Then two girls came in. I expected them to obey the immemorial English custom and sit as far away from everyone else as possible. But they sat at the next table to mine. I suppose it was the most comfortable place!

Zen Moments is grateful to the author: Sir John Aske for his kind permission to publish this article. The above article first appeared in ‘Buddhism Now’ in August 1992 and is here reprinted with the kind permission of: The Buddhist Publishing Group Sir John Aske has been a practising Buddhist for many years. He lives in Exeter, U.K. and is a Trustee of The Golden Buddha Centre.

The Mindful Way through Depression:
Freeing Yourself from Chronic Unhappiness

“…draws on the collective wisdom of four internationally renowned cognitive therapy and mindfulness experts, including bestselling author Jon Kabat-Zinn, to help you break the mental habits that can lead to despair. This authoritative, easy-to-use self-help program is based on methods clinically proven to reduce the recurrence of chronic unhappiness…”

“…For depression sufferers, this is a truly useful guide to achieving emotional balance. For mental health professionals, it should be mandatory reading. I recommend this book and companion CD most highly.’ – “Daniel Goleman, PhD, author of Emotional Intelligence”

‘An invaluable resource not only for those who suffer from depression, but for anyone familiar with the downward spiral of negative thinking and self-doubt. The authors of this book explore the reasons for depression and give us guidance and support, along with useful tools to find a way through it.’ – ” Sharon Salzberg, author of The Force of Kindness“

Opportunity dances with those already on the dance floor.