Journey to the Edge of My Mind

“May your Buddha Nature illuminate all your moments, especially the foggy ones…” 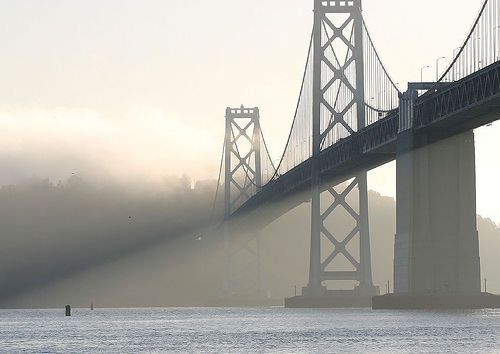 My holiday travels along the California coast are officially over, and despite all the nice places I’ve seen and experienced along the way, it’s good to be back at home-sweet-home in NYC.

I must make a confession though regarding my post (Die Another Day) about watching the sunset on New Year’s Eve. Well, that was certainly “the plan”. However, by late afternoon, San Francisco was covered thick with fog, and needless to say, there was no sun in sight. The best I could do was sit in the lounge of my glass tower of a hotel (The InterContinental San Fran), make myself my last dry martini of the year, face west, and visualize the sunset riding out last year’s regrets. Seeing the drowning sun would have been fantastic, but what really mattered was my intention, and I did keep that part alive.

A few days before my California trip, I saw a TV program on the National Geographic Channel called “Journey to the Edge of the Universe”. It was an animated intergalactic journey from the Earth’s surface to basically infinity that reminded me just how small and microscopic our planet, and exponentially more so, I, was in the face of…well…infinity. That itty-bitty-ness compared to the unfathomable expanse of space burned in my mind as I flew over immense clusters of intricately woven cities, vast stretches of desert and farmland, and the mysterious and beautiful canyons that lay witness to the passing of millions of years. I took advantage of the view by listening to my newly-acquired English translation of the Arya Sanghata Sutra, which made me feel like I was flying in the celestial realms of the buddhas and bodhisattvas, traveling through billions of world systems (wow, Virgin America rocks!). From the TV program, the intercontinental flight, the (chilly) convertible drive through beach cities, wine country mountains, and on and on up the extensive California coastline of unending sea and sky, I realized just how mega tiny I was in the limitless space of the universe, and wondered why I tirelessly make such a big stink about myself – ALL the time.

The new year came without much fanfare for me, and I was already feeling my first pang of regret for being rather hung over. What was I expecting? Beautiful beams of light, divine music and songbirds to gently wake me to the new year? Instead, the only view from my high-rise hotel room with wall-to-wall, floor-to-ceiling windows was, still…er…that fog. “Serves me right,” I thought, “because that’s exactly how I feel…boy am I manifesting today.” And that dang fog never left until I left town.

Thinking about the new year and all the things I wanted and needed to do, my mind was a gymnast swinging from being overwhelmed then underwhelmed, scared then excited, doubtful then certain, and everything in-between. And like that stubborn, murky fog, a blanket of confusion clouded my mind. Today was the first day of the new year, yet I felt as if I was already getting buried in my own expectations. I rebelled against my life, “This isn’t supposed to be this way!” But immediately after that thought, I realized that there was no other way it could be…that as long as I’m in Samsara , dukkha never goes out of style.

So on the second day of the new year, and my last day in town, I decided to make use of the great half-hidden view of San Francisco from my room and have a proper, inaugural sit of the year. Seeing the chaotic storms of thoughts savagely roaring rampant within 5 minutes of my sit, I decided not to fight them, ignore them, or even try to quell them. Instead, I did what I thought was the best medicine for myself at that moment – put aside “meditation” and just sit quietly observing the view outside – let anything in my mind to come up, but keep looking out to the city scene, the rain, the fog, and beyond that, space. Within minutes I noticed this: Everything was in constant motion, and everything was changing. The drops of water collected more droplets on its way down the window, each time getting fatter and accelerating faster. The traffic on the streets, the street lights changing, the people walking on the streets, the birds flying about. Even that damn fog was shifting. They were all moving, changing, but most of all, just being.

Then I realized that the fog was like my thoughts, my emotions, and even my “self”: a non-solid, vaporous mist that screened itself out from the clear sky above it. The more I focused on myself and my microscopic world, the heavier my mental fog would get, allowing just a narrow, hazy view of what can be seen only right before my nose. The fog that was hanging over San Francisco was the same fog that was hanging over my mind. It was there to show me that my troubled thoughts, like all things happening outside the window, were impermanent and not solid, constantly changing, shifting, transforming. If I had the curiosity and guts to look beyond the fog, there would be nothing but clear, infinite space. It was up to me whether I want to be in the fog, or beyond it, because my mind, my being, my “is-ness”, IS space. Whether I want to stay small or be unlimited is entirely my choosing and doing.

This reminded me of the teaching of the 3 Marks of Existence: impermanence, suffering/unsatisfactoriness, and egolessness (not-self). I live it all the time, yet I never seem to remember it. I guess I’ll have to continue to trip up as long as needed for me to finally “get it” one day…or will I?

The entire trip, the pleasant and unpleasant, and especially the unpleasant, was, as always, a great teaching in disguise that reminded me to always take the telescopic view, the expansive view, on life. No matter how dark it is at any point in my life, it’s only because I’ve merely forgot to switch on the light.

Things are moving along in the universe, continually expanding. Old stars are being destroyed and new stars are being born, whole galaxies disappear and new ones emerge, and during this process, there is unbelievable violence followed by unspeakable calm. And like that, so are my thoughts, emotions, and my sense of “self”; coming and going, coming and going, ceaselessly. But the space – the great backdrop, the blank canvas upon which I paint my mental projections – is always lucid, luminous, stainless and clear. That’s the nature of my mind. That’s Buddha Nature.

So my first wish of the year to you: May your Buddha Nature illuminate all your moments, especially the foggy ones, this new year and beyond! 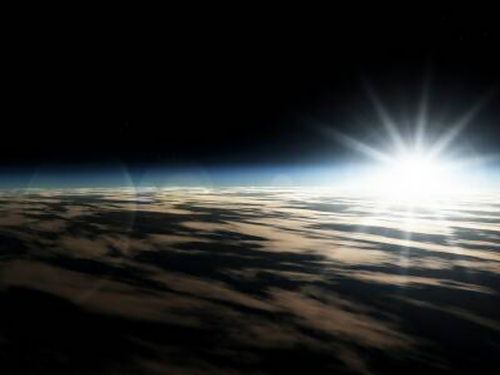 From: NOT2WO – A Blog About Not Knowing – by – Alice Kim – a sequel to Alice’s New Year post: Die Another Day.
Kindly contributed to Zen Moments by the author

The Tao of Physics: An Exploration of the Parallels between Modern Physics and Eastern Mysticism (25th Anniversary Edition)

“A pioneering book of real value and wide appeal.”-Washington Post

“Fritjof Capra, in The Tao of Physics , seeks . . . an integration of the mathematical world view of modern physics and the mystical visions of Buddha and Krishna. Where others have failed miserably in trying to unite these seemingly different world views, Capra, a high-energy theorist, has succeeded admirably. I strongly recommend the book to both layman and scientist.”-V. N. Mansfield, Physics Today

“First published in 1975, The Tao of Physics rode the wave of fascination in exotic East Asian philosophies. Decades later, it still stands up to scrutiny, explicating not only Eastern philosophies but also how modern physics forces us into conceptions that have remarkable parallels…

Those approaching Eastern thought from a background of Western science will find reliable introductions here to Hinduism, Buddhism, and Taoism and learn how commonalities among these systems of thought can offer a sort of philosophical underpinning for modern science. And those approaching modern physics from a background in Eastern mysticism will find precise yet comprehensible descriptions of a Western science that may reinvigorate a hope in the positive potential of scientific knowledge. Whatever your background, The Tao of Physics is a brilliant essay on the meeting of East and West, and on the invaluable possibilities that such a union promises.” –Brian Bruya

No act of kindness, no matter how small, is ever wasted.