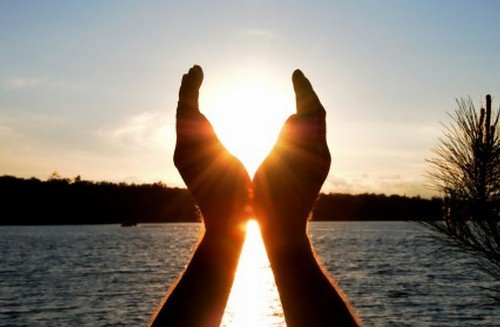 I’ll be spending the last day of the year watching the sun sink into the ocean. I plan on following the sunset, to first gather in, then let go of, all the experiences I had throughout the year. The things that I’m glad for and the things I regret, the highlights and the lowlights: they all already seem like distant dreams.

Something unexpected happened the other day that I’m going to take with me to the new year: While in the middle of my workday (I work at home), the main electric fuse box caught fire and took down the power on 3 floors in my building, including my apartment. At first I was angry at the fact that my computer just shut down in the middle of an unsaved project, not to mention the possibility that I won’t be able to finish my work for the day. But as the thick toxic chemical fumes filled the hallway and crept into my apartment, I, finding myself unable to open my stuck windows, felt a quiet dread starting to invade me.

Living just a few blocks from the World Trade Center site, the first thing that came to my slightly panicked, irrationally hyperbolic mind were the victims of the terrorist attacks that were suffocating from the smoke and fumes, stuck inside the building. I also remembered that only a few years ago, I had gone through a fire (also believed to be electric-caused – I thought, “Sh*t! What’s up with my karma?!!!”) and an armed robbery, both which happened within a span of 6 months. Then I recalled the times when I almost drowned (twice!), was a hair’s width from getting side-swiped by a bus, and once hung teetering off a mountain cliff from a car crash (luckily, the car we hit actually held our car from falling off). I can still vividly feel the immobilizing terror that swept through me each time I tasted a morsel of mortality. How soon I forgot all the things that came to teach me, to jolt me, out of my smugness, numbness, false sense of security and solidity.

Close encounters with death are kind teachers that remind us not-so-gently to the fact that at any given moment, anything can happen, including our demise. Above all, it throws in our face the immediacy of remembering the true preciousness of life. We all know of countless instances of people whose lives took a 180 due to their near-death experiences. Well, how much more awesome would it be if we understood this without having to have almost died?

My biggest fear of death is hands down that of leaving this life full of regrets. If I were to die today, I would be sinking in remorse and sadness for not having been more generous, kind, patient, and loving to myself and others. Or if someone I know were to die today, I would think about what was the last thing I said or did to them, what kind of last impression had I left in their mind and heart: was I kind or hurtful? My dad never fails to get emotional about his last dialogue with his dad before his death; he had never imagined that his mindless few words would be the last he would utter to his father. It still haunts him to this day, and it haunts me even more to know that if I’m not careful, I may end up the same way – with him.

So as the year comes to an end today, I would like to consider it to be a kind of death, a death that purifies the countless ways in which I say, think, and act without regard and respect to myself and others. I want to remember to use my precious time left alive to use my body, speech and mind in ways that produce more joy and less regret. I need to fully understand that everything I say, think, or do is up to me, and I need to take this responsibility very seriously.

As I watch the last sunset of the year this evening, I’m going to let this aspiration sink into my heart. I’ll let my past regrets ride the sun and dissolve into the ocean. Happily, I invite the new year to energize me with the courage and exertion to live every moment as if it were my very last. I know it’s a lofty goal, but as the saying goes, I can die trying.

To everyone, I wish you a wide open new year, brimming over with joyful possibilities. May all beings use each day, each moment, each breath, as an opportunity for a fully awakened life!

Published simultaneously in America and England, on 31st December 2008, on the blog:
NOT2WO – A Blog About Not Knowing – by – Alice Kim, and on Zen Moments.
Alice’s shop: NOT2WO T-shirts for the Mind
Kindly contributed to Zen Moments by the author

No Death, No Fear

“Thich Nhat Hanh always invites us to look deeply, and he does so once again in No Death, No Fear.

Recognizing interconnections, Nhat Hanh brings us to beginnings, how they depend on endings, and how they are but temporary manifestations. Everything endures, he says, but in different forms. And this isn’t just a palliative to make us feel better for a while – Nhat Hanh’s philosophy of Interbeing takes the long view, challenging us to open our eyes to subtle transformations.

He shows how extraordinary things happen when we are fully present with others and at peace with ourselves, both of which require openness and deep looking. In his bestselling style of easy prose, compelling anecdotes, and pragmatic advice, Nhat Hanh gradually drains the force out of grief and fear, transforming them into happiness and insightful living. Death doesn’t have to be a roadblock, and in No Death, No Fear Thich Nhat Hanh shows us the way around.” Amazon.com Review

Love is the most universal, the most tremendous and the most mysterious of the cosmic forces.