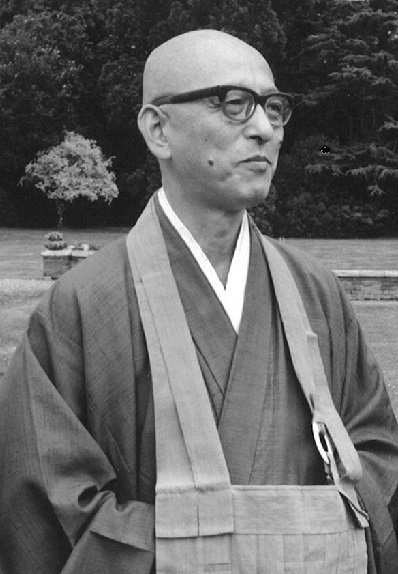 In the current age, our societies are overwhelmed by information – it’s like a flood.

As a result we don’t have the time to look carefully enough at the important things in life. In a sense we are rather taken in by the idea of an`intensified information society’, and we tend to think in terms of increased information as a major development.

But what has become more intensified is not human beings, but technology.

In fact, human beings are becoming overwhelmed by the mass of information, and losing the ability to feel as freely and easily as they once did.

If you’ve ever tried to look down at the ground from a car or a train which is travelling at a hundred miles an hour, the only thing that you can see clearly is distant scenery.

The appearance of what is near to you is just a blur.

Similarly, even though we may know the conditions in the world at large, we tend not to know, to lose our understanding of how our wives or husbands or children may be living and feeling and thinking, even though we share our lives with them.

There was once a director of a big corporation. He was elected to be the president of a Rotary Club (a club for business people). After his election he held a reception at a local hotel and he had the hotel serve his guests rice mixed with red beans called Sekihan 赤飯 . In Japan this dish is always served on occasions when you want to wish someone well in the future.  However, as you can imagine, it doesn’t really fit in with the kind of cuisine that is normally offered in a modern hotel, and indeed his guests thought that this was a little bit strange.

So the director of the company gave his explanation like this:

“I have a very deep and significant memory about red beans and rice.

I was born in a very poor farming family, and the rice fields we had were only very small. As I grew up and came to appreciate the state we were living in, I realised that however hard I might work on that land, I would never be able to produce enough from it to be able to take care of my parents in their old age, or to try to help educate my brothers and sisters.

So I decided that I would have to go off to a town and try to find other work. But in Japan for an elder son to leave the land and leave his family is a source of great sadness.”

The company director went on to explain that, having thought about this night after night for some time, he decided to leave secretly. He made up a bundle of his things, and the following morning before dawn he made ready to leave the house.

He had thought to slip out by the kitchen door at the back, but just as he was about to do so, he saw that his mother, who would normally be sleeping at that time, was up and working in the kitchen.

Without turning around to look at him she said “I’ve prepared some red beans and rice for you. Eat it before you go.” 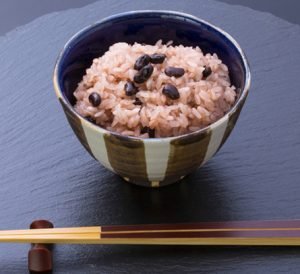 Looking over at the small kitchen table, he saw that a bowl of red beans and rice had been placed there. He sat down in front of it and his mother also brought over some warm soup for him. However he was so close to tears that he wasn’t able to eat anything. Seeing this, his mother said to him: “Maybe since you just got up, you’re not yet hungry, so I’ll take the rice from the bowl and make it into rice balls and you can carry it with you and eat it later”.

He received the rice balls from her and, as if he were escaping from the place, went out into the darkness.

Following the dark road to the station he cried all the way. He couldn’t help but think that his mother after seeing him off, was also shedding tears in the kitchen.

So he went off to the town and worked very hard. Even though he made a fortune and established a very substantial position for himself in society, he could never forget that rice with red beans. If he tried to do something bad, the memory of that rice always stopped him.

He said to the people present at the Rotary meeting, “There are many people here who are much finer than I am, but in spite of that I have been elected as President. What gave me this honour is red beans and rice. Therefore I would like you also to eat it.”

When the old Zen teacher heard this story he was very moved. He was moved not simply by the maternal love that was demonstrated. He was moved by superb wisdom of the mother.

When he was a child, most farm women had no opportunity to get any education. There was no television or radio, and they worked too hard to have any time to read newspapers. They worked from dawn until darkness fell with hoes, out in the fields. Therefore there was hardly any time for them to take care of their children. Although a child or small infant might wet itself, they would simply wrap old newspaper around its hips and put it in a box. The young mother would then occasionally maybe snatch a few moments to go back to the house in order to feed her baby or take care of it, but once the child had gone beyond infancy the mother really had no time to devote to caring for it.

And yet in spite of that, the mother in this story knew exactly what her son was thinking, and what he was about to do.

Don’t you think that this is quite splendid?

If you know the joy of knowing oneself as one is, at this instant, and not simply living, but recognising that Buddha-Nature is already within us, is there from the very beginning, if you can really realise that, then social awareness will develop of itself, and love will come flowing out.

From a talk called “Living in the Moment” by Ven Morinaga Soko Roshi, given in London in 1989. 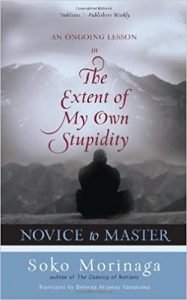 Novice to Master: An Ongoing Lesson in the Extent of My Own Stupidity

In his singularly humorous and bitingly direct way, Zen abbot Soko Morinaga tells the story of his rigorous training at a Japanese Zen temple, his spiritual growth and his interactions with his students and others. Morinaga’s voice is uniquely tuned to the truth of the condition of the human mind and spirit and his reflections and interpretations are unvarnished and succinct. His great gift is the ability to lift the spirit of the reader all the while exposing the humility and weakness in the lives of people, none more so than his own.

Purchase Novice to Master through Amazon

Service is the rent we pay for being. It is the very purpose of life, and not something you do in your spare time.