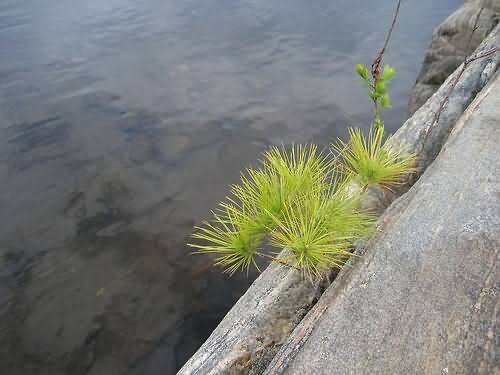 “He was looking at that rock with will and determination…”

The incident that I am narrating, happened about 10 years back, and was an eye opener for me.

The place was Nagpur: a small but upcoming town in India where I was born and educated.

Although I had a difficult childhood (after losing both parents early in life), I managed to keep up with my studies and had just started my first job as a Medical Rep for a pharmaceutical major – but was repenting every moment of it. I hated the pressure to promote and get sales irrespective of whether there was a need for my drugs or not. And on top of that I had to meet pharmacists whose only motive was to get more concessions from the main dealers and who rarely passed anything on to the patient: the real consumer of the drug. To make matters worse, I was digressing from my original plan of pursuing a Ph.D in biology and being able to improve disease management through research.

All these thoughts were crowding through my mind, as I was driving my scooter around the town visiting one doctor after another.

At one of the traffic lights, I hit a red and had to wait for the signal to turn green. I, and others around me, noticed that there was a huge rock lying near the square – a result of somebody’s carelessness. Yet looking back, neither I, nor anybody, thought it worthwhile to dismount from our vehicles and move the rock to the edge of the road where it would lie, harmless.

Suddenly I noticed a young kid crawling his way across the other side of the road. He must have had a nasty infection of polio when he was an infant, since both his legs were useless limbs, without any control and were just being dragged behind him. He was crawling on both his hands and dragging his torso behind him.

Now, to the readers, this may seem very cruel: but in a country with so much poverty, real life makes people forget their small troubles.

This guy, whose name I will never know, came up to the rock and started pushing it towards the side of the road with his shoulder. For able-bodied people like me, it was a moment of shame and introspection. He had a look on his face that showed that he did not believe in his handicap. He was looking at that rock with will and determination – as if saying to the stone ” You are an instrument of my will.” He managed to push the rock to the side of the road. I can never forget that look of triumph on his face; that feeling of elation at having accomplished something that able-bodied people like me were shun to do.

And looking at this kid for this brief time, I was reminded how small my troubles were in respect to his and how much I was worrying about them.

That kid taught me the meaning of life. Never give up.

Since then I have never given up. I did pursue my dream of finishing a Ph.D in the biological sciences and I hope my research will someday benefit society. To that unknown messenger of hope and courage, this is the ovation that I wish to give – though belatedly.

Abhijeet is from India. Kindly contributed to Zen Moments by the author

Photo: Never Ever Give Up by waterlooHildreds

“An articulate, moving account of Mandela’s life from his “country childhood” following his birth on July 18, 1918 to his inauguration as president of South Africa on May 10, 1994. Mandela traces the growth of his understanding of the oppression of the blacks of South Africa; his conviction that there was no alternative to armed struggle; his developing belief that all people, black and white, must be free for true freedom; and the effect that his commitment to overthrowing apartheid had on his family, who “paid a terrible price.”

Over a third of Mandela’s memoir tells of his 27 years in prison, an account that could stand alone as a prison narrative. He ends his book with the conclusion that his “long walk” for freedom has just begun: “For to be free is not merely to cast off one’s chains, but to live in a way that respects and enhances the freedom of others.” Highly recommended for all collections.” –Maidel Cason, Univ. of Delaware Lib., Newark Copyright 1994 Reed Business Information, Inc.

If you want to turn your life around try thankfulness. It will change your life mightily.