Let me think about it 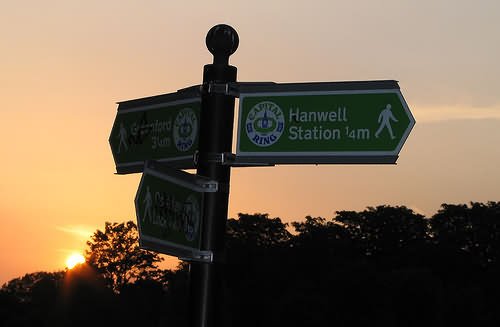 “If you’ve practised with the small things,
you’ll be able to deal with the big things.”

This one stopped me in my tracks. The Abbot said he was going to get his sleeping bag dry-cleaned, and I thought “Mine could really do with cleaning too”.

So I asked him “Could we get my sleeping bag dry-cleaned as well?”

I really wanted him to say “Yes, sure…”

I was a young monk, and he was the Abbot. And he was the one with the power to say yes or no – in regards to just about anything I wanted.

What threw me was his reply “Let me think about it.” And he walked away.

Just that. Not yes or no.

Instead I just felt puzzled. “Well at least he heard me…”

A few days later he turned to me; “About that sleeping bag. I’ve given it some thought. And yes, we can do it on this occasion.”

It was a small thing really, whether or not to dry-clean a sleeping bag.

But there was something deeper.

There had been quite some energy behind my original request. When you become a monk, you give up sex, money, helping yourself to food whenever you want, and a whole host of other things, and you surrender to a discipline that promises not even a weekend off – for the foreseeable future. So all your desire energy focuses on the few things you are allowed to do. And so here I was, in my first year of monastic life, finding that I was kind of clamouring to get my sleeping bag cleaned!

But I was more curious about the way he’d responded. So I asked him.

“Well you seemed a bit desperate to get your sleeping bag cleaned, and I just didn’t want to deal with your energy at that time. I didn’t want to feel pushed into saying ‘Yes’, and I didn’t want to have to oppose you by saying ‘No’. So that’s why I said ‘Let me think about it’. That way I’m not allowing myself to get pushed into making a decision before I’m ready.

“It might seem like a small thing,” he went on, “but it’s the small things that make a big difference. We practise with the small things. Saying ‘Let me think about it’ gave me some space. I could have said yes or no at the time – but I might have decided too hastily, and thought better of it later. So my reply says to you ‘I hear you’, but it gives you nothing to struggle against. And it gives me time.

“If you practise with the small things like this, it strengthens your awareness. Responding to you in that way, I created a bit of space – in which I could think and you could cool down a bit.

“One day a big and difficult situation might come along, where it’s crucial that you don’t get rushed into making the wrong decision. And if you’ve practised with the small things, you’ll be able to deal with a really big one.”

Eckhart Tolle – The Power of Now

“Eckhart Tolle’s message is simple: living in the now is the truest path to happiness and enlightenment… Tolle’s clear writing, supportive voice, and enthusiasm make this an excellent manual for anyone who’s ever wondered what exactly “living in the now” means. Foremost, Tolle is a world-class teacher, able to explain complicated concepts in concrete language.”

The Power of Now

“This is a must read for everyone. It talks about the power of now. How to live in the moment, to stop and look at the beautiful sunset. We only have right now and when you grasp that, it makes life much more enjoyable. Eckhart Tolle is excellent and it is a book you have to read and take in slowly. It is very deep, but rings so true. If you like this book you will also like his other book, The New Earth. Get the book you will be glad you did. It has improved my life a hundred fold. ” Amazon customer book review

One may understand the cosmos, but never the self; the self is more distant than any star.