“…a grotesque figure moving erratically, crab-like toward me…” 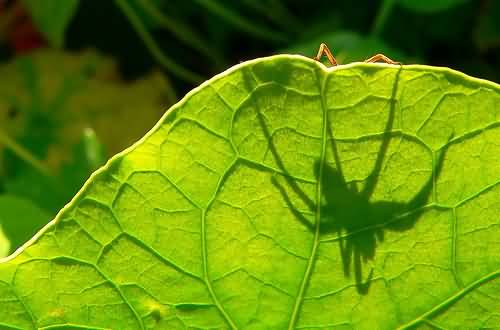 At the end of World War II there were more Kentuckians in Detroit, where they had come to work in defense plants, than there were back in Kentucky.

Well, maybe I exaggerate a bit but there were a lot of mountain people working in Michigan back then. My family ran a boarding house in “The Motor City, Arsenal of Democracy,” where we provided a home-away-from-home for 25-30 of these transplanted Appalachians – most were related to us in some way. As a teenager, I contributed my labor, which allowed our family’s enterprise to be profitable.
But all during my childhood, while on summer vacation from school, I usually visited with my grandparents. They had a small subsistence farm up a hollow in the mountains east of Hazard, Kentucky.

As summer arrived, I arranged a ride from Detroit to my grandparents’ place with an uncle who was going home for a spell. For reasons I can’t recall, he decided to take a seldom-used alternate route south through Ohio, a two-lane back-road running down the center of the state.
There was little traffic on the roads during the war as automobile production stopped and because of rationing of gasoline and tires. As a result, there were few operating gas stations. My uncle had neglected to get fuel before we departed and so he soon needed some gasoline. We passed a couple of closed stations; my uncle was beginning to worry. Finally, in the middle of nowhere, we saw a small, dilapidated general store with a covered gravel driveway. But, hallelujah, it had a couple of antique gasoline pumps in front of the place.

The store had evidently once been painted white but not much of the original coat remained on the weathered exterior. I had never seen anything like those petrol pumps. They were over 8-feet tall, topped by a glass cylinder with a graduated volume gauge running up the side of it. The pumps were operated manually by means of a long lever at the base, which customers pushed back and forth, which slowly filled the upper glass cylinder. When you had the desired amount of gas up in the cylinder, which took 15 minutes of steady effort, you placed the hose into the gas filler pipe, opened a valve, and gravity drained the gasoline into your car’s tank.

It was a hot day, so I asked my uncle for some coin and went inside the store to buy us cold sodas. There were dry goods, tools and groceries stacked helter-skelter everywhere and it was very dark in the musty, unlit interior. I could see nobody about, so I let the screen door slam… still nobody. I called, “hello.”
I heard a scuffling and the squeaking of wheels from the back of the store. I strained to see into the darkness. Gradually, I made out a grotesque figure moving erratically, crab-like toward me.
Sitting in a wheeled swivel chair was a teen-age girl who apparently was afflicted with cerebral palsy.

She was propelling herself by digging her heels spastically into the floor. Her limbs writhed uncontrollably and her face was contorted.

Her tongue lolled and her head twisted with each effort. I stared at her in shock, horrified, unable disguise my dismay. She spoke. It was the strangest sound I ever heard a human make. “What did you say?” I stammered. She repeated the sounds. This time I discerned her words but it took a moment for their meaning to register.
When I finally understood, I collapsed in helpless laughter. She grinned mischievously, for what she had quipped, I realized, was:

“What were you expecting, Hedy Lamarr?”

Charles comments: The girl’s sense of humor in comparing her appearance to a glamorous celebrity totally stunned me. I was filled with admiration for her – her quick wit and the ability to laugh at herself. It created between us a conspiratorial bond – we had the same outlaw funny bone. Each of our mothers would have upbraided us for joking about the handicapped.

The residue of this experience sustained me. Years later, when I began practice as a Chiropractor, I accepted people afflicted with this condition as patients, and was able to help them improve their ability to perform tasks incidental to their daily lives.

Charles Francis is a retired photographer, living in California, where he studies creative writing at the Osher Life-long Learning Institute at San Francisco State University. He writes memoir and poetry and makes digital inkjet prints. His blog: Plato’s Cave, shows his fascination with the effect created by the juxtaposition of images with words.

Kindly contributed to Zen Moments by the author.
Hedy Lamarr (1914-2000) was a Hollywood star.

The Illustrated Brief History of Time:
Updated and Expanded Edition

“He can explain the complexities of cosmological physics with an engaging combination of clarity and wit– His is a brain of extraordinary power.”— New York Review of Books

“In his first work of popular science, Stephen Hawking proves himself to be a master of vivid clarity– It’s difficult to think of anyone else living who could have put these mathematically formidable subjects more clearly.”— Chicago Tribune

“A masterful summary of what physicists now think the world is made of and how it got that way.”— The Wall Street Journal”

This book marries a child’s wonder to a genius’s intellect. We journey into Hawking’s universe while marvelling at his mind.”— The Sunday Times (London)

I have always found that mercy bears richer fruits than strict justice.