“…we are conscious intelligence manifest in a thousand different configurations…” 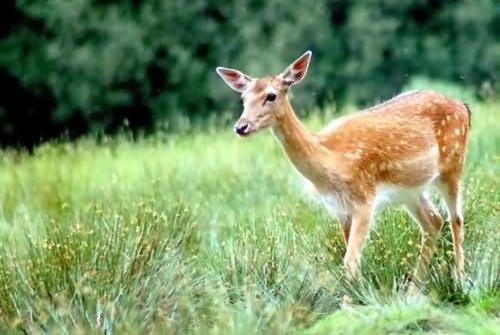 As a young woman in the late 70’s, I spent time in India travelling and staying in ashrams. Once, after three months of intensive meditation, I took a train to Bombay (Mumbai) with a group of friends. It was a shock to leave the peace of the ashram and go straight into the tumultuous experience of this vibrant and heaving Indian city.

Towards evening, as we were due to catch an onward train, my friends decided to go to the market to get some food for our journey. They left me looking after the bags on the corner of a bustling and busy inter-section, jam-packed with cars, trucks, rickshaws, cows and throngs of people shoving and pushing their way as they negotiated the dense mass of embodied life.

As I stood in quiet wonder absorbing the colorful and chaotic scene, out of the corner of my eye I saw a young man with no legs, sitting on a board with wheels, coming straight at me. He was a beggar and as the only Westerner in sight, I was a direct target. My awareness had been sharpened by the months of meditation, so I was clearly able to observe the cascade of re-actions, which rushed through me.

My whole time in India I’d never managed to deal well with beggars. In the end I devised a strategy of carrying bundles of rupee notes, which I used as ammunition, to ward off too close a contact. It just so happened on that evening I had given my money to my friend to contribute to the market purchase. As the young man determinedly scooted towards me, I found any alternative strategy collapsing with impossibility. No place to turn, no money to ward him off, no companion to help absorb the impact.

So I just stood and looked straight at him as he wheeled in closer. It felt almost a relief to meet the situation directly. I noticed that he had a beautiful countenance and winning smile. As he came closer and the inevitable hand came out I shrugged, indicating I had no money on me. Amazingly he seemed to be willing to leave it at that and instead we found ourselves just looking at each other.

Perhaps it was the long hours of meditation, or the way India strips you, or the obvious fact that the young man had nothing to lose in any encounter, but we found ourselves very present to each other. He on his wheels and me standing, feeling suddenly liberated in my lack of defence.

It was quite unexpected, but in the simplicity of our direct meeting I experienced a joyful communion and the delicate taste of an exquisite compassion, for him, for myself, for the teeming life around me. For a moment I experienced an intuitive understanding that we are all the same, we are conscious intelligence manifest in a thousand different configurations. Like the sun hitting a diamond, making a thousand shafts of light. We are all just God ‘in drag’.

I remember hearing the spiritual teacher Ram Dass once say, that when he met the great saint Ananda MayiMa, and she took a small food offering from his hand, that it was like having contact with a wild deer. That evening as our train chugged on its way, while the sun set over Bombay, like a red fruit falling from heaven, I had a similar feeling. The wildness and purity I had experienced were as if divine, a momentary darshan. I would know then that experiencing the indivisibility of all life is the most sublime taste in the world.

Thanissara Mary Weinberg, originally from the UK, teaches meditation and is a director of a non profit organisation. She divides her time between South Africa & the USA.
Dharmagiri Hermitage:
A Buddhist hermitage nestled in the dramatic Southern Drakensberg mountains, on the border between South Africa and Lesotho. It is affiliated with the Forest Sangha of Ajahn Chah and was founded by his disciples, Kittisaro and Thanissara, in 2000. The main focus of Dharmagiri is to facilitate meditation retreats, host monastics and to provide access to Buddhist practice and teachings. It also has a strong emphasis on outreach and initiates, supports and fund raises for HIV/Aids and rural education.

Thanissara’s book of poems: “Garden of the Midnight Rosary” is available for  free distribution by contacting: office@nulldharmagiri.org
If you wish, you can then make a donation using the pay pal button on the Dharmagiri web site

The Spring of My Life: And Selected Haiku
by Kobayashi Issa

“So many breezes
wander through my summer room:
but never enough

I know everything
about the old householder,
even his shiver

Inspiration, contemplation and meditation each play a role in Issa’s creative mind. He was sad about the loss of his daughter and son but wrote verses that brought laughter to other children:

The firefly departs
so quickly, so breathlessly
it leaves behind its light

A watercolor by Kaji Aso decorates the cover of “The Spring of My Life” and there are many ‘haiku paintings’ that speak to the meaning of Issa’s words.”

“Kobayashi Issa (1763-1827), along with Basho and Buson, is considered one of the three greatest haiku poets of Japan, known for his attention to poignant detail and his playful sense of humor. Issa’s most-loved work, The Spring of My Life, is an autobiographical sketch of linked prose and haiku in the tradition of Basho’s famous Narrow Road to the Interior. In addition to The Spring of My Life, the translator has included more than 160 of Issa’s best haiku and an introduction providing essential information on Issa’s life and valuable comments on translating (and reading) haiku.” Amazon review

Lord, make me an instrument of thy peace. Where there is hatred, let me sow love.