11 year old Brenden Foster was diagnosed with leukaemia, three years before this video was made.

“The boy who once rushed through homework so he could play outside was now confined to a bed.

“I had a great time. And until my time has come, I’m going to keep having a good time,” he said.

His message to other children: “Live life to the fullest. Follow your dreams – don’t let anything stop you.”

“He really inspired me because he’s not afraid and he wants to help people – he’s not selfish.” – Said 12 year old Daniel, who also suffers from leukaemia.

Brenden’s selfless dying wish was to help the homeless.

But he was too ill to feed them on his own. So volunteers from Emerald City Lights passed out sandwiches in Seattle; people in Los Angeles held a food drive; school-kids in Ohio collected cans; they gathered goods to feed the hungry in Pensacola, Florida, and in Brenden’s home town…

Brenden’s last wish took on a life of its own…” 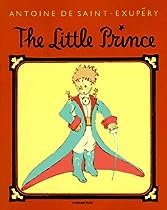 “Antoine de Saint-Exupéry first published The Little Prince in 1943, only a year before his Lockheed P-38 vanished over the Mediterranean during a reconnaissance mission. More than a half century later, this fable of love and loneliness has lost none of its power.” Amazon Review

“What appears to be a simple tale of two lost souls – one, a pilot marooned in the desert next to his ditched plane; the other, a minuscule prince in self-imposed exile from an asteroid so small that he can watch the sunset 44 times a day – reveals itself as something far more complex. What appears to be a fairy tale for children opens like the petals of the Little Prince’s flower into a fantasy that has lessons for all of us.”
Molly Connally, Kings Park Library, Fairfax County, VA
Copyright 2000 Reed Business Information, Inc.

What I feel for you seems less of earth and more of a cloudless heaven.