Choose Your Mantra with Care

No matter our disposition, we still have a choice…” 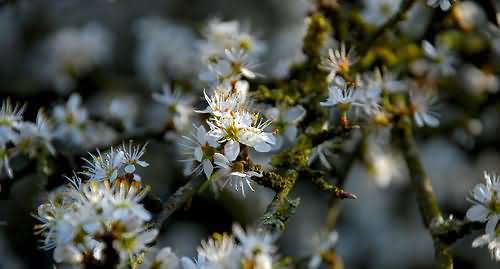 I walked Balthazar this afternoon a little way along the lane to the next village, accessible from Soreze by a path that runs along the edge of the mountain. On the way back we met a sad-looking older woman, small, hunched, in a dark red coat with a green scarf, and hair dyed a light brown. She looked curiously at B’s head collar and asked me if he was méchant (aggressive). No, I said, he just pulls a lot and this collar lets me control him without hurting my back or his neck. We chatted for a while. She wanted to know where I lived, where I was from, how many languages I spoke.

It turned out she was from Portugal originally, and had moved here with her Portuguese husband in the 1960’s to work in the sausage factory in Durfort. They had built a house next door to the factory. She retired eight years ago, and her husband died two years ago after forty years of marriage. She has a daughter in Toulouse and a sister who had also worked in the factory and built a house next to hers. I said it was good to have family close by, and she shook her head, “Oui, mais la vie est dure” (yes, but life is hard). It became clear this was her mantra. She kept repeating “La vie est dure” (life is hard) over and over, interspersed with tales of trouble, heartbreak, incurable illness, and death. There were her husband’s last years, his fatal illness, her own heart trouble, and her intense loneliness without him. But this was just for starters.

I tried to do my Bodhisattva best to remind her that good things are always happening along with the difficult, that spring is nearly here, and even lamely pointed to the blossom on a nearby tree, but she wasn’t interested and countered by telling me about her sister-in-law in Canada whose husband had just lost an arm to cancer, describing the gory details of the amputation. She possessed endless examples of pain and suffering. As she talked on she became utterly sunk into sadness and began to cry. I tried to give her a hug but no, she didn’t want it. She was in her comfort zone, the long interminable recounting of woe. After ten minutes or so of this, I felt bored and wanted to leave: there was an addicted toxicity to her misery that repelled me. There seemed to be nothing I could do to help; that once started, nothing would stop or relieve her other than my leaving. I gently said goodbye.

As I walked away she shouted after me, “Vous avez des enfants?” (Do you have children?) and I said, “Non”, and carried on walking, thinking I had just met the spirit of sadness. It dawned on me how remarkable it was that she tuned into exactly the wound that would open up my own grief, but thankfully it turned out that there was nothing there any more but acceptance of my fate. I thought about my miscarriages and the years I spent yearning for a child that never came. This used to provoke me to instant misery, but now the only feeling was of softness, of compassion for my young, frustrated self, and relief at the distance I now have to that time of struggle and suffering.

And then I heard the merry ring of a bicycle and turned to see Madame B., a woman who lives in the village and used to run a little antique shop in the shadow of the 15th century bell tower until she retired a couple of years ago. Cultured and well-mannered, brisk and energetic, she always looks tanned from riding her bike everywhere, and her healthy looking skin sets off her bright white hair. Today she wore a smart black coat, her usual knee-length wool skirt, and a vivid striped scarf. She got off her bike and shook my hand, welcoming me back to the village after my absence. “Vous habitez encore dans la rue Ville Vieille?” (Are you still living on Old Town Street?) she asked. I nodded. “C’est bon,” (That’s good) she said, and smartly mounting her bike, sped off down the lane. The spirit of enthusiastic energy had come along to bless me and clear away the gloom of old woman number one.

The choice of old age: to sink into despair, or to rise above it and stay active and positive. Is it a choice, or a matter of disposition? The Buddhists would say no matter our disposition, we still have a choice, and I agree. Watch this:

“Be Happy” – an uplifting message from the Tibetan Buddhist monk, H.E. Tai Situ Rinpoche, an eminent Buddhist teacher based in Dharamsala who regularly visits the West to give teachings. Youtube Video duration: 34 seconds.

Lara Owen is a writer, psychotherapist and astrologer, now living in Wiltshire, Southwest England. She is the author of several books including Her Blood is Gold and Love Begins at 40. She integrates wisdom and techniques from Buddhism into her consulting practice and works by phone with clients all over the world.

Choose Your Mantra with Care was first published on her website laraowen.com.

Love Begins at 40: A Guide to Starting Over
By Cherry Gilchrist, Lara Owen

“I have no doubt that this book will help countless people in their quest for love in midlife. Proclaiming that loneliness isn’t inevitable, its practical approach, combined with valuable insights into life and love, will certainly change lives for the better.” – Bel Mooney – Daily Mail columnist.

The most beautiful thing we can experience is the mysterious. It is the source of all true art and science.