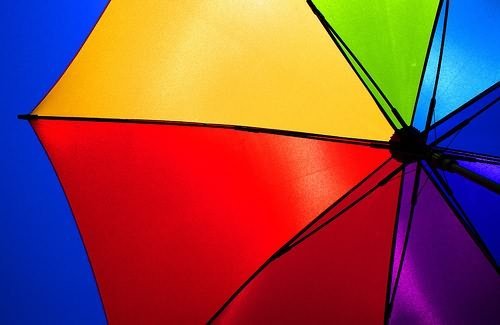 I don’t know if I’ve mentioned this before – but my three year old son, Oliver is weird.

This is at least partly due to something called SPD (sensory processing disorder) that causes him to engage in activities that “feed” his need for a lot of sensory input. His teacher explained this to me by saying, “remember that kid in your class who just couldn’t stay in his chair? The one who would fidget so much that he’d actually fall out of it sometimes?” Well yes actually – I do.

I remember several kids like that. They were the ones who ate paste in kindergarten, fell into the pond on the second grade field trip and consistently got in trouble for “touching people” in more or less every grade through middle school. And now, as it turns out, I’ve given birth to one. 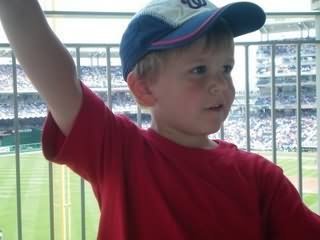 This shouldn’t be too much of a surprise since we speculate that my father was like this as a boy, AND after reading up on the subject, my husband says that he was definitely a sensory seeking SPD child. Thanks guys – you’re the best. The inability to walk past a puddle without lying down in it was one of the qualities I prayed for every night when I was pregnant with Oliver. Right up there with ten fingers, ten toes and the immediate ability to sleep through the night. (I’m just kidding about that last one of course. No first time pregnant woman worries about something as silly as their child sleeping through the night. They’re too busy obsessing over baby names, nursery themes, and important registry items like educational mobiles.)

Oliver also has very delayed speech, and adds a lot of jargoning (the official word for jibber jabber) to his special needs quirkiness. So yes – I have one very odd little duck as my first born. I have of yet to meet any almost four year old like him. And the truth is – I love him for every single bizarre behaviour he throws my way.

His exuberance makes me smile, then laugh, then cry from laughing so hard. And I think my heart might break when I worry about the people who won’t understand him or appreciate him. The people who will hurt him or bully him. Or make him feel any less than the very sweet little soul than he is. Because that will happen.

Instead of wasting my time on worries though, I prefer to plan for tomorrow, next week and next year. I work with his teacher on figuring out where this speech delay originates and strategize about how to correct it in the short and long term. We have more or less ruled out autism with a pediatric neurologist and are on to having his ultra-waxy ears cleaned out for a hearing test so that he can be assessed by a developmental paediatrician. As Miss Erin (or as Oliver calls her, “Miss Smerin”) likes to say, he is a bit of a puzzle. There seem to be several issues at play and all are fairly elusive…

But I really don’t spend too much time thinking about the problems and the boy that he was “supposed to be.” I’m far too busy enjoying the boy that he is. I recently spoke with a close childhood friend who has an autistic son and we agreed that not only is this better for them, it’s better for us. In describing her own son, she said, “every day, he makes us laugh. He’s just his own little person. While the other boys are in time outs for fighting over what to watch on TV, he’s busy figuring out the remote controls.”

This makes me happy just thinking about it – the fact that it’s okay to like our kids for being different. Who got to decide that there is only one way to be anyway?

But the hard reality is that there is a standard for “normal.” That’s the reason that there is a special needs label. And it is our job to take our special needs children and try to teach them how to navigate a world that wasn’t set up with them in mind. It’s hard. And it’s scary. For all of us. But it’s not impossible.

I could so easily fall into despair over the “what ifs” associated with Oliver’s future – but what good does that do either of us? He deserves better than that. I’m the grownup and I set the tone for our house. If I am an emotional wreck over the things I can’t control, then everyone suffers for it. And at the end of the day, he’s not responsible for my feelings – but I am responsible for his.

So if he finds a ball of yarn entertaining, and wants to spend his quiet time unraveling it and then lashing all of the furniture together…fine. I’ll clean it up later (but only after he’s gone to bed since its disappearance could usher in “the end of the world”). If he wants to bring 12 straws to bed with him – or possibly all of the kid toothbrushes we own – who am I to judge? Perhaps this is soothing to him. Maybe he likes the way they feel in his hand – or just the fact that he can hold “all” of something in that one hand. He jargons reasons to me and I just say “fine.” I may do a little struggling first, but in the end, I let him decide. No one ever died from bringing straws to bed.

And every day I see progress – and his beautiful smile. And I know that it will be okay. Even though I understand that he’ll never be the easy going child that glides effortlessly through life. Or…maybe he eventually will. I’ll never know if I don’t do everything I can to help cultivate his self confidence. And his confidence in my own unwavering support.

My son is the greatest gift that I have ever been given. All of my children are. And I refuse to squander any of this fleeting time with them on anger or ingratitude.

I’m not a particularly religious person, but I consider each one of my children to be miraculous. And their current challenges and oddities just make them all the more unique and special. I need all of them as much as I need food and water. I need them to be safe and I need them to be happy. I need them to grow and laugh and love and know that there is nothing more important in this world to me than their existence. And if they have their own special needs – then I will meet them. I will be there from the time that they are unaware of these challenges to the time that their own personal demons emerge. I will always be there for them. Because in the end, I need them far more than they could ever need me.

About Kate; Aside from never passing up a piece of cake, I’m a working mother, living with my husband and three children far further in the suburbs than I ever would have imagined while growing up in DC. Lately – I like to write. But I’m not a real writer, I just play one on my blog.

Although his parenting philosophy is not necessarily revolutionary (think “positive discipline”), Gray manages to keep this parenting primer contemporary by weaving in specific challenges of new-millennium families–such as our tendency to be consumer-driven and overscheduled. “When parents learn what their children really need, they are less motivated to create money to acquire things and more motivated to create time to enjoy their family,” Gray writes. “The greatest wealth for a parent today is time.” – Gail Hudson

Every day should be passed as if it were to be our last.