“He didn’t like to live in the past, no regrets or blame…” 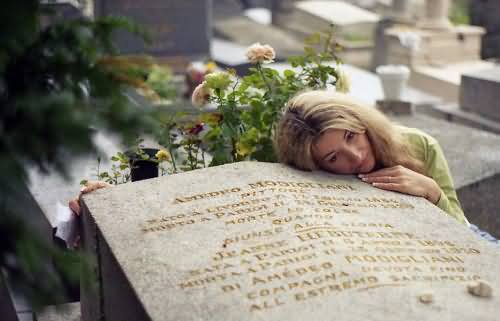 Last night we played a quaint little local pub which had a pretty eclectic crowd. Both my husband Kevin and I enjoyed ourselves immensely as there was a great energy that I believe we all felt in the room for the most part of the night.

The highlight of my evening, however, was the time I spent during my last break sitting and chatting with a very vibrant and young man of 89 years.

I followed him to his table and sat down, he wanted to buy me a coffee, anything. “Let’s wait for the waitress, but in the meantime we’ll talk”.

He first told me his age, and asked me if I could believe it? He said he was married for 62 years. He told me that his wife was now in a care home, and that he visited her every day for 7½ hours. They used to live in Kitsilano, on the 11th floor of a view apartment which overlooked the beauty of English Bay. He and his wife moved to a home in Surrey 3 years ago because their daughter asked them to. He believes it was this move that gave his wife the stroke that rendered her unable to care for herself.

He didn’t like to live in the past, no regrets or blame.

He was a soldier in the Second World War. If it wasn’t for the A bomb he wouldn’t be here, but why did they have to kill so many innocent people? They (the US government?) pretended that they didn’t know if it would work or not, but again, recognized that he wouldn’t be here if it didn’t happen. He said he was 9 years old when the Great Depression hit, and laughed while saying now here he is alive to witness the 2nd Great Depression.

We talked about the world, and the importance of love. We pondered why there was so much hatred and war, and he shared his grave concern over what’s going on right now in the Middle East as there is access to nuclear power and someone might use it. He said that what we need most of all is education and that the internet was a great gift in this regard. He was raised in a very religious household, but religion doesn’t help because each one thinks THEY have the right and only God.

He wondered why people had forgotten to be polite, charitable, respectful and kind. What happened to honour? (And integrity? I added….) It was the fault of the parents. They weren’t raising their kids with ethics anymore. I said I didn’t believe that it was fair to blame the parents, it is due to many factors – perhaps peers, but mostly society in general.

He then told me about his son, 20 years old, he and his wife raised him up right, he had ethics and morals taught to him. He was a good son… and then only 20 years old, it was the drugs, so many drugs… his bad friends. Tears started to well up in his dark blue aged eyes. “Is he gone?”, I asked. He nodded and looked down at the table. Avoiding my eyes. I am so sorry. Addiction again. So young. Neither of us was really ready for this kind of sadness. Searing truth and pain remembered.

We were silent for a very long brief moment, while life whirled around us in a haze of muffled chatter and laughter. I wanted to comfort him, help turn his finger of blame from himself as parent to a place of no where and no one.

We all make our own choices. Consequences lie in every choice and every decision.

My best decision last night was to sit down with that very beautiful soul and be given the gift of his sage wisdom, sharing, love and compassion.

Before Bert left the pub he stopped to chat with my husband and me as we packed our gear.

He told us to never give up on our marriage and to always stay together no matter what. His fondest memories were when he would get angry at his wife before bedtime and then they would have the best sex ever! He danced alone before us that night with grace and joy.

From tears to laughter, he was authenticity personified.

My time with Bert is one I shall always cherish, and I remember that these are the “Perfect Moments” that Spalding Gray spoke so eloquently about.

Connection and love. I held his hand through the passenger window of his red compact car as we said our final goodbye, the snow twirling around me in the white parking lot.

Listen to: I Am Strong by Cheryl Catherine Smith & Kevin Swain

Perfect Moments – from “Swimming to Cambodia” by Spalding Gray

“It took courage to do what Spalding did-courage to make theatre so naked and unadorned, to expose himself in this way and fight the demons in public. In doing so, he entered our hearts-my heart-because he made his struggle my struggle. His life became my life.”-Eric Bogosian

“Virtuosic. A master writer, reporter, comic and playwright. Spalding Gray is a sit-down monologist with the soul of a stand-up comedian. A contemporary Gulliver, he travels the globe in search of experience and finds the ridiculous.”-The New York Times

Writer, actor and performer, Spalding Gray is the author of Sex and Death at Age 14; Monster in a Box; It’s a Slippery Slope; Gray’s Anatomy and Morning, Noon and Night, among other works. His appearance in The Killing Fields was the inspiration for his Swimming to Cambodia, filmed by Jonathan Demme.

What’s your experience of this that’s looking? What’s it like to be awareness? Let that awareness meditate on itself.