A Letter From Fred – A short documentary telling a poignant story of life, love and music.

Jacob Colgan: “Earlier this summer Green Shoe launched its Singer-Songwriter Contest. It’s a contest where someone can upload their video on to YouTube and send us the link.

We felt it would be a good way that we could tie into the local community and really get a feel for the music that’s going on around here.

But we didn’t quite expect an entry like Fred’s.

What made Fred’s entry so special to us was – well it’s an on-line singer-songwriter contest where people are supposed to upload their videos, but instead of a video we received a very large manilla envelope entitled “Green Shoe Studio – Singer-Songwriter contest”

Fred and Lorraine met in 1938 and were together for 75 years. 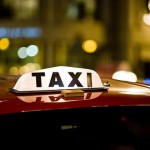 Wisdom is to the mind what health is to the body.