When My Sorrow Fell Away…. 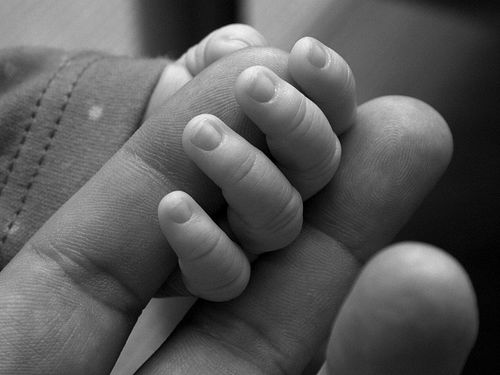 I lost twin babies to death at a few days of age.
That was forty years ago.
The circumstances of the time prevented my expression of grief
until I recently found catharsis in the writing of the poem below.

Tomorrow will be another day, some told me, to offer solace or new hope
As though tomorrow’s sun would change what now had come to be
And let our lives be started over in some better time or place

But I knew that could not be, that starting over
For time is not a magic balm that proves soothing to a wounded soul
And the passing of a day, a month, a year could mean nothing to me then

My loss, I thought, was far too great, unnatural in its scope
Something even nature must abhor, for it disrupts the flow of time
It stops natural passage from generations past to generations yet to come

For, you see, I had lost a child to coldest death, and not just one but two
Twins girls, perfect in form but premature by far too much to survive for long
And unexpected too, we had known about and prepared for only one

The first delivered with a lusty cry for one so small, but why so small
The mother’s belly’s girth had promised much larger fruit
But then the twin appeared, crying as in competition with the first

I held each in my arms, or rather in a single hand where they fit so well
Each grabbed my smallest finger in a tiny hand
Perhaps they smiled, but I cannot say for sure

But nature would take them, the first at two, the second at three days
Tomorrow is another day, some had told me, oh yes, another day for death
I was helpless; there was nothing to be done

But the doctors, their knowledge and machines had missed the twinning
But now they had a plan, we’ll save them with some more machines
Or was it like machines. You bastards, I said, just let them die in peace

And that is exactly what they did, they died, in peace or not I cannot know
Brains too small, too soft yet to hold a thought
Did they know peace? Could they smile? Did they even know they lived?

What does one do now; bury those tiny things in a world far too big for them
It would be such a lonely place for them, are coffins even made so small
No, return them to ash from which they came, warm like mother’s womb

And then that doctor, not the earlier ones who had failed at their craft
But the chief among them, the one who must hold them all to some account
He called me to his office to discuss the situation, how impersonal was that

To him, babies are happy crying things but, when dead, they’re situations
To be explained away in some way that protects the doctors’ god-like status
I knew that man; the building where our babies died was named for him

How could you be so heartless, he started, killing babies that you sired
It’s all your fault, he told me then, we could have saved them but for you
You would not let us try all our fancy tricks, and now they’re dead.

And all those another days they came and went and nothing really changed
I remembered details less and less, but somehow the babies grew in time
And kept apace with the living world in my mind

On occasion I would see them, first steps, first words, first days in school
First scrapes upon their knees from falling, first kiss, graduation, marriage
Beautiful women they came to be in the fullness of their lives.

And finally, one day, they turned to me and smiled, babies in their arms
And when the babies smiled too my sorrow fell away
There came then a flood of tears and tomorrow became a better day

by Larry Welling, MD, Ph.D.
Larry writes “I was a Professor of Pathology at the University of Kansas and the Kansas City VA Hospital for nearly 30 years before I retired with my own cancer. I’m now 12 years out without recurrence after surgery, radiation, and chemo that nearly killed me (another story yet untold).”
More of Larry’s poetry can be found at www.Triond.com.
Kindly contributed to Zen Moments by the author
Photo: Delicate Fingers by Chiceaux  Lynch

Empty Cradle, Broken Heart: Surviving the Death of Your Baby

The heartache of miscarriage, stillbirth, or infant death affects thousands of U.S. families every year. Empty Cradle, Broken Heart offers reassurance to parents who struggle with anger, guilt, and despair after such tragedy. Deborah Davis encourages grieving and makes suggestions for coping. The book includes information on issues such as the death of one or more babies from a multiple birth, pregnancy interruption, and the questioning of aggressive medical intervention. There is also a special chapter for fathers as well as a chapter on “protective parenting” to help anxious parents enjoy their precious living children. Doctors, nurses, relatives, friends, and other support persons can gain special insight. Most importantly, parents facing the death of a baby will find necessary support in this gentle guide. If reading this book moves you to cry, try to accept this reaction. Your tears merge with those of other grieving parents. You are not alone!

Out of the dozens of books I read after losing my daughter prematurely, this was the one book that i couldn’t put down till it was finished. It was so helpful to me and to my husband. It was nice reading other people’s experiences too. I found this book so helpful that i will be donating copies to the hospital where our daughter was born so other grieving parents can have a copy of their own. It’s a wonderful book…