On the Toss of a Coin 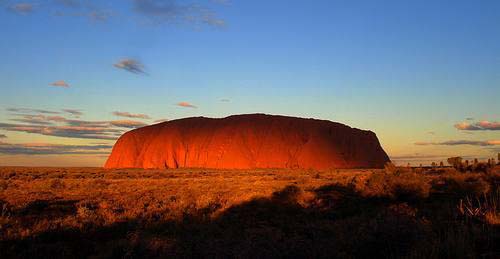 Most obstacles melt away when we make up our minds to walk boldly through them. ~ Orison Swett Marden

In August 1987, I left my job in Sydney, and hitch-hiked to Ayers Rock to see the Harmonic Convergence – a special alignment of planets which was supposed to usher in the New Age.

My friends at work had told me that Ayers Rock was the best place on earth to witness the event, but most of them didn’t manage to save enough money for the journey. They were appalled when they heard we were starting out with just $370.

As I am English, I haven’t grown up with stories of people dying in the desert, and no one could convince me that a safe budget for the trip should be at least $1000 each. 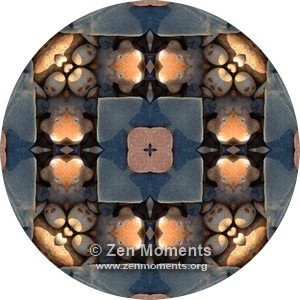 I naively believed the Universe would provide. So I set out with my boyfriend, a rucksack and a small tent, to hitch-hike the 1,800 mile distance to Ayers Rock, in the Australian heat.

In Adelaide we met a farmer, who gave us an enormous bag of almonds from his fields. He suggested we keep them in little plastic bags, and water them until they started to sprout – which would make them more nutritious. Many times on the journey I thanked the Universe for providing such a compact source of protein, carbohydrates and vitamins. I don’t know how we would have managed without our sprouted almonds.

Where we were dropped off there was no shade. There was nothing at all except a road sign. Other hitch-hikers had written on the back of the sign saying they’d been stuck there for days.

When I read that this was where other people had given up and gone home, I had a moment of doubt.

Coober Pedy, on the edge of the desert, is so hot, that the opal miners have built their houses underground. There weren’t many vehicles going beyond the town, and the few that passed had no room at all. The backs of cars were packed with extra blankets, food, water and fuel in case of emergencies. There seemed to be a fear mentality about the desert – that we were simply not part of. People just shrugged and smiled as they drove on.

Out there in the unimaginable emptiness, we got to know each others deeply held beliefs. We discovered a fundamental difference between our approaches to life. In contrast to my experience that everything turns out right, Mike’s upbringing had taught him that there is never enough. Now we were sharing everything and we were putting our differing realities to the test.

After a few hours, a car stopped. It was so packed there was luggage strapped to the roof, and we couldn’t see how we would fit in. But despite the heat, the driver unloaded and reloaded, tied even more stuff to the roof, and we managed to squeeze inside.

So due to the generosity of strangers, we arrived at Yallara, the tourist village near Ayers Rock, a week before the event, and Mike was beginning to concede that my philosophy was worth considering.

That is, until I spent $6 on a cheesecake to celebrate. We also had to pay for the campsite, so we only had $1 left.

Mike thought I was crazy, but this was going to be one of the highlights of my life, and I wanted to do it right. So we ate our cheesecake watching the rock of Uluru changing colour in the sunset, and the next morning we went to look for work.

We asked in every hotel and restaurant, but there were no jobs available.

At that point Mike, quite reasonably, decided his philosophy had won, and that we were in trouble. He sat in the tent trying to figure out what to do.

Meanwhile I walked down to the shop to spend our last dollar. As I tossed the coin to decide whether to buy an apple or an orange, I passed a young man wearing a chef’s apron. He stopped me and started talking about a staff party he’d seen me at the night before. He was sure that I had been smiling at him, and because it was such a warm smile, he thought I must be someone he knew.

But the truth was I hadn’t even noticed him. I was hungry and I was smiling at the thought of an apple or an orange. Fortunately he didn’t take it the wrong way, and when I told him my story he agreed to help me get a job.

Although we had asked at every restaurant already, it turned out his boss had just sacked two kitchen staff, and now there was more of a chance. So despite the fact that we’d already told his boss that we didn’t have any experience, the young man thought we should try again and coached me in what to say.

Armed with this new inside information, Mike and I both got hired, and were asked to start straight away. We were immediately given uniforms, the key to a staff apartment, and a meal in the restaurant.

So the toss of the coin turned out to have a third option, and I never did buy the apple or the orange.

By the time our friends arrived for the Harmonic Convergence, we even had somewhere for them to stay. And from the original $370, with which we set out on our adventure, we still had change.

Jan Mosbacher has started an ecological hamlet near Totnes UK.

Zen Moments is grateful to Jan for her permission to reproduce this account of her inspiring Australian adventure.

The Wisdom of Insecurity

“If happiness always depends on the future, we are chasing a will-o-the-wisp that ever eludes our grasp, until the future,and ourselves,vanish in the abyss of death.”

“But tomorrow and plans for tomorrow can have no significance at all unless you are in full contact with the reality of the present,since it is in the present and only in the present that you live. There is no other reality than present reality, so that, even if one were to live for endless ages, to live for the future would be to miss the point everlastingly.” Alan Watts

I suppose leadership at one time meant muscles; but today it means getting along with people.