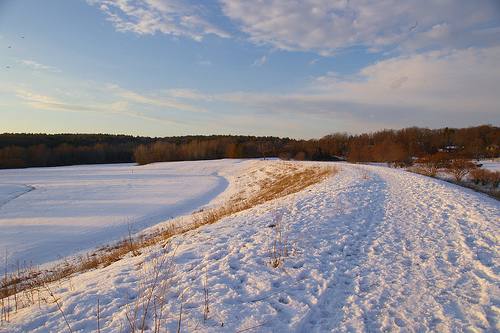 True knowledge exists in knowing that you know nothing. ~ Socrates

Back when I was 21, I was unemployed. I didn’t know what I wanted to do, and I hated that question.

“I’m unemployed” was the truth, but I would cringe each time I gave that answer. In those days maybe there was more of a stigma to not having a job.

“Oh, why’s that then?” would be the response, and I would have to explain that I didn’t know what I wanted to do, or cover it over somehow. So I would avoid going to parties where I’d meet new people who would invariably ask me that question.

As an experiment, I tried pretending: “I’m a classical guitar maker” (a lie). “Oh how wonderful – how on earth did you get into that?” “Oh, I’ve been doing that for some time” (more lies).

I hated lying. Once you start lying you have to keep up the pretence. The person you just told tells someone else, and it gets around. And they ask you questions. You have to remember what lies you’ve told to whom, and you have to make sure that the people you’ve lied to don’t get to speak to any of your friends who know what you actually do. That you’re not, in fact, a guitar maker at all. You’re just out of work.

I felt so pressured from within and without to have a proper, respectable answer to that question. Why was it so important? It seemed like what you did defined your identity. What about me as a person? If I don’t do anything impressive, does that make me less valuable as a human being?

The question bothered me until I found an answer.

It came to me in the shower, while absent-mindedly washing my hair, when I wasn’t trying to solve anything.

In anyone’s life, there are going to be times when everything seems to be going well, and when you have a sense of purpose, when you are clear about where you’re going in life.

But in the same life, there are also bound to be times when it’s not clear, times when you do not know. For some people these might be brief interludes. For others they might last longer, until things change.

But it’s impossible to have that kind of uninterrupted certainty for a whole lifetime.

So in anyone’s life, there are going to be times of not-knowing. And that has to be OK.

That not-knowing will last until things change, until you discover what you want to do.

And you can’t force that, you can’t make that certainty happen. Maybe it’ll only become clear when you leave where you’re living, or you meet somebody you haven’t met yet, who opens a door for you.

But now, at the moment, you don’t know what you want to do, and that’s OK…

This realisation was a tremendous relief. I stopped laying the trip on myself that I should know what I wanted to do, and was able more easily to accept life, just as it was at the time.

And in due course life did change, things opened up and the way ahead became clear…

But this was a valuable lesson: It’s alright not to know…

Not-knowing is not easy, it’s not comfortable, and it can be a place of great anxiety.

But if that’s how it is, that’s what is true.

The Wisdom of Insecurity
By Alan W. Watts

“An exploration of man’s quest for psychological security and spiritual certainty in religion and philosophy.”

“This book has changed my life. For anyone that has experienced depression and anxiety, this book explains the evolutionary reason for these emotions. Ultimately the books criticizes man for misusing his anxiety. We have become too anxious over stimuli that is all too trivial. The human animal has developed anxiety for his survival, but he now experiences anxiety that detrimentally affects his survival.”Amazon Reviews

“Focusing is a new technique of self therapy that teaches you to identify and change the way your personal problems concretely exist in your body. Focusing consists of steps of felt change. Unlike methods that stress “getting in touch with your feelings,” there is a built-in test: each focusing step, when done correctly, is marked by a physical relief, a profound release of tension. Focusing guides you to the deepest level of awareness within your body. It is on this level, unfamiliar to most people, that unresolved problems actually exist, and only on this level can they change.” Amazon Book Reviews

“… the book is completely practical. It teaches you how to get in touch with your body/mind–the part of you that feels and knows without using logic, morality, guilt, or blame. Once you get in touch with whatever your body/mind is experiencing in the present, you focus on that “felt sense.” Keeping your conscious awareness tuned to that feeling causes a movement in the energy, and ultimately a shift occurs,which you can physically feel as a release of a blockage or a point of tension. This technique works very well for those problems and issues that you thought you had worked through, but keep returning over and over again. The best part is, you can do this work without a therapist. After a while, you will find that your body (or rather, body/mind) becomes your best teacher on all matters of the heart and soul.” Amazon Book Reviews

The dancers and the dance are one. And one with us. There is no dance separate from the dancers.