A Light in the Dark

“The darker it gets, the more brightly the light shines” 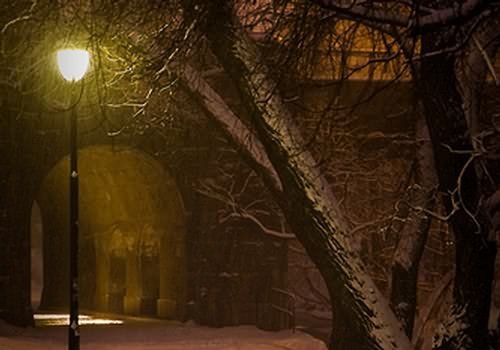 Just as a smile is infectious and causes delight in others, so, much more powerfully, our wisdom and compassion shines like a warm and tender light on those around us, and our very being becomes a gift to others…

The darker it gets, the more brightly the light shines.

I once asked Ringu Tulku Rinpoche how to deal with the enormity of what we (society) may be facing. His simple answer impressed me deeply. If you do your best and the situation is turned around then that is good and there will be good fruits of those actions.

But, he said, if you do your best and the situation is not turned around then that is still good and there will still be good fruits of those actions. We will never know if it is enough. Motivation and intention is everything. The outcome is out of our hands.

– “The Buddha produced a startling, detailed analysis of all our ills and their causes as well as solutions to them… then offered the most comprehensive remedy…”
Read Colin Moore’s essay: “Ways towards sustainable living”

Colin R. Moore initially came across Buddhist Teachings on “no-self” whilst studying Psychology at the University of Bangor, North Wales in the late seventies. Since then he has studied and practised in all the main traditions of Buddhism though his main teachers have come from the Tibetan Tradition. He has lived in a number of Buddhist Communities for around 15 years including 4 years at Samye Ling,  a year at Gaia House and nearly a decade at Sharpham both in the Sharpham North Buddhist Community and Sharpham College for Buddhist Studies and Contemporary Enquiry.
He has a BA Honours degree in Psychology and a post graduate qualification which includes counselling and guidance from University College of North Wales, Bangor. He also has a Certificate in Advanced Counselling Skills from Plymouth University and has given counselling at The Barn Rural Retreat and at a Family Unit with the NHS. He is a qualified Hypnotherapist and Past Life Regression Therapist.
He hosts a regular Gaia House sitting group and teaches meditation and aspects of Buddhism at the Golden Buddha Centre, in Totnes, Devon UK, where he lives with his wife and son.
He has been practising and teaching meditation and mindfulness for many years and has taught at Sharpham College for Buddhist Studies and Contemporary Enquiry where he was a student and co-manager of the College for four years. He has also taught at Samye Ling Tibetan Monastery where he lived and trained for four years, The Barn, (a meditation retreat centre) and The King’s Fund (an independent charity working to improve health and health care in England).
He is the chairperson of Rigul Trust – a charity which provides health care, education & poverty relief to Tibetan refugees in India and for people who live in remote areas of Tibet such as Rigul.  For more information please go to www.clearlightmind.co.uk

Article previously published by Parallax Press in: “Mindfulness in the Marketplace“, in 2002

The Monk and the Philosopher: A Father and Son Discuss the Meaning of Life

“The Monk and the Philosopher is a dialogue between a father who is an authority on Western philosophy (one of his books is entitled: From Thales to Kant) and a son who in his twenties took a doctorate in molecular biology at the Institut Pasteur and later became a monk in the Tibetan Buddhist Tradition.

From the very first exchange between father and son the book provides a surprising jolt of energy and clarity to the reader. Unnecessary things weighing on the mind fall away and one is welcomed into an invigorating world of essentials. The company of these two first rate minds, narrating the experiences of life that led them to the conclusions they hold – atheist humanism versus the view on the path toward Buddhist enlightenment, raises one’s own capacity for “the examined life” that Socrates considered the only kind “worth living,” and makes one feel the thrill of the mind working as a powerful instrument capable of cutting through sloth, avoidance and fuzziness to arrive at the threshold of a new awareness. (Like Keats, “Then felt I like some watcher of the skies when a new planet swims into his ken”).” Amazon customer Book Review

Whenever you find you are on the side of the majority, it is time to pause and reflect.