Fruits of the Spirit

“He inspires me in the areas of faithfulness and integrity, to myself and to others.
I have never met anyone so consistently steady at keeping their word…” 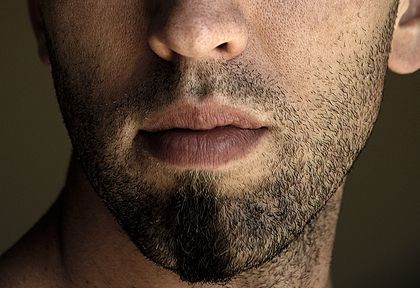 Today I want to talk about character, something my friend Louis, who is incarcerated, has in abundance. Why is that, I wondered? It seems such a paradox, considering where and how he lives. But I’ve never met anyone more at peace with himself, or as comfortable in his skin as Louis is. He knows who he is, and he knows who he isn’t, and from that knowledge comes inner strength, and the ability to pass that strength on to others.

Like me. When I first met him, I was pretty much scared of my own shadow. Which makes it really odd that my best friend is considered one of the most violent offenders in the state. You’d have thought, when I found out, I’d have run screaming the other way….

Instead, I was fascinated by the dichotomy between who he appears to be on paper, and who he is in reality. I wanted to know how he got that way, to that comfortable place in life where you know who you are, no matter what your circumstances and surroundings try to say about you.

So we struck up a friendship, and then gradually, with his help and gentle encouragement, I faced my deepest fears and stepped out into the world. After two years of corresponding, I drove to see him, five hours away. Then I drove to visit my parents, seven hours away. Then I attended my high school reunion, even further away.

Quite an achievement for a woman who could barely drive herself to the mall a few years earlier.

Like I said, I was pretty much afraid of everything. Afraid of Life, to put it bluntly. Afraid to live. But Louis, well, Louis isn’t afraid of anything. So, by example and through his encouragement, he showed me what I was capable of doing on my own. Years later, he would tell me, “You have no idea how worried I was about you,” when I took my trips, but at the time all I heard was, “Nothing to it, you can do it.”

Since meeting him I have also flown to the Midwest twice, and have taken all kinds of risks in my personal and professional life. And with each risk I took, and with each positive outcome, my confidence has grown. I’m not yet totally comfortable in my skin like Louis is, but every day he inspires me to be more so.

He also inspires me to cultivate patience, and peace, and self-discipline. Going to the gym five times a week is not my idea of fun, but I do it because I know how I will feel if I don’t. (Stiff and sore.) Still, there are times when a week slips by without me going, and without Louis’ example of daily exercise, for the mind AND for the body, it would be so easy to fall back into my old patterns, where the only exercise I got was lifting a book.

He also inspires me in the areas of faithfulness and integrity, to myself and to others. I have never met anyone so consistently steady at keeping their word. I figure if he can do that from where he is, with all the time constraints and regulations he’s under, then I can certainly do it on the outside.

So I’ve been thinking about it, and it finally occurred to me that part of the reason he is the way he is, so steadfastly faithful in the small things, and so patient and self-controlled, is that his word and integrity and patience and self-control are all he really has.

But then again, the same could be said of all of us.

Have you exercised your fruits of the spirit today?

The last person small town bad boy Jacob Donovan expects to find when he returns home in disgrace after serving time is Rebecca Reed, head librarian. Rebecca had always had much bigger ambitions. Jake hadn’t wanted to stand in her way, so after one night of passion with his former best friend, he’d hit the open road. Rebecca refuses to believe Jake is guilty of murder. The boy who’d been her friend and protector when they were town outcasts together could never have killed a woman. Not to mention the tender, loving man who’d given her their daughter, Katie. But who is Jake now? That’s what everyone wants to know, including the town council chairman, who is determined to send Jake back to prison, by any means available. Jake’s been running from love for all of his life. Will he find the courage to defeat his demons and stay this time?

A satisfying tale of second chances

Liana Laverentz’s Jake’s Return is a engrossing story of the power of love. The return of Jacob Donovan, the local bad boy and convict, brings hope and upheaval into the life of Rebecca Reed, the woman who has loved him since childhood (and he her). Although the plot appears simple, Liana’s graceful writing style and ability to create engaging characters deliver a complex tale of redemption, love and second chances that kept me up late into the night.

If you do not tell the truth about yourself, you cannot tell it about other people.