A Fleet of Bodhisattvas

“As Buddhist nun, I travel with no money. I don’t have so much as a dime, quarter or credit card with me “ 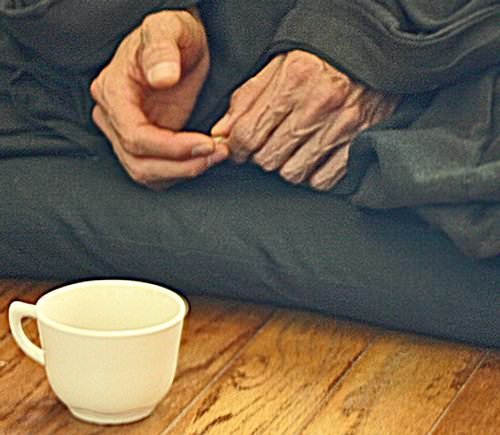 I fly a lot and have done so for nearly a decade. Usually the connections go smoothly and I get where I need to, without incident. On rare occasions something crops up and I get caught out. In these situations I have taken advantage of an often unrecognized fleet of Bodhisattvas* – the Taxi drivers.

As Buddhist nun, I travel with no money. I don’t have so much as a dime, quarter or credit card with me. It is equally true that I cannot assume that someone will be happy to cover any costs that I have… or even ask if they may be so willing. This, and many other things, is part of a way of life. For these past decades living this way has worked just fine.

Once I was in Toronto and was going to teach a retreat in Ottawa. I got to the airport and realized that I had forgotten my passport. As I had no other picture ID, I was stuck. So I went up to the first taxi driver in the taxi queue and said, “I’m in trouble and I need your help.” I explained my predicament and assured him that I would see that he would have his fees covered, but that I couldn’t pay him right then. He agreed, then took me across town and back. I caught the next flight in good time.

The next mishap was when I was returning from Switzerland. The flight was an hour late and no one was there to meet me. Sometimes the drivers from the monastery are late, so I waited.  After a while I called with the phone card I carry, to see if anyone in the monastery would pick me up. Their cell phones were turned off. So I waited some more and tried to think my way out of this… It was late, it had been a long day and I wasn’t thinking clearly. When someone offered me a hot cup of tea it was wonderful. It helped.

I knew that another Sister from our monastery had a flight due to arrive in the morning, so that if worst came to worst, I could stay the night in the airport and get a ride with her. I was cold and tired and I’d just as soon not have to spend the night in the airport. I checked to see if any of the security guards or police officers were going home soon. All were on the night shift and wouldn’t finish work until 7 am.

Then I remembered…the taxi drivers… It was about midnight by now and the last flight had long since landed and cleared their luggage so the taxis were thinning out. But there still were a few left. I went to the first one in the queue again, explained my predicament and suggested two options: either he could return for payment when the office at the monastery was open the next day, or if there was a paying customer that was willing for me to join them for part of the way, he might drop me off after. He thought about it and thought that the first option would require twice the payment, so tried to find someone who was willing to allow me to join with him for the first part of the ride.

It took a little negotiating with the paying customer, as they wanted to be doubly sure they weren’t going to have to pay more… But once they understood that I would just drive with them, they agreed. Their hotel was about 5 minutes away and then the taxi continued driving me to the monastery that was about 30 minutes further away. The gates were locked and so we stopped on the lane outside a break in the hedge. I was so relieved to be back and so grateful, that I wanted to offer him something, as a token of gratitude. So I pulled out the special Swiss chocolates that had been given for me to give to my mother and offered them to him. He said that knowing the chocolates had been specially given for my mother, he couldn’t possibly take them. But I said, “My mother would be so happy that you have been so kind to me, she would be delighted for you to have this.” His smile conveyed a deep appreciation and he accepted.

Then he said that the following week he was taking his family on a pilgrimage to the Holy Places in Mecca and asked if we would pray for them. I left with my heart warmed, touched and slept well.

The next night in the Buddhist meditation hall, I requested chanting for this Muslim man and his family and their successful religious pilgrimage, musing that compassion, kindness and heartfelt prayer has no bounds.

. Ajahn Thanasanti is from Southern California. She joined Amaravati Buddhist Monastery in England, in 1989. After 20 years of training in the Ajahn Chah Forest Tradition, she now seeks to establish a vibrant community in her home country, based on the profound wisdom and compassion of the Buddhist teachings. .For more information, see her website: Awakening Truth

Photo: monk’s hands by Taiyu57 – a shot of Daigaku Rumme, a zen priest and dharma heir to Sekkei Harada Roshi.
Grateful thanks to Taiyu John Robertson for permission to use this beautiful photograph.

*According to Buddhist tradition, ‘Bodhisattvas‘ are compassionate beings on the path to enlightenment.

Being Dharma: The Essence of the Buddha’s Teachings By Ajahn Chah

“Deep in a Thai forest, lived “a pot-bellied monk who looked more like a bullfrog than a saint” and yet whose no-nonsense brand of Buddhist meditation has profoundly influenced many of the West’s most popular teachers. He was called Ajahn Chah.

In “Being Dharma” Paul Breiter, Ajahn Chah’s longtime interpreter, brings us his collection of Ajahn Chah’s dharma talks. Here we find a teacher who prefers the concrete to the abstract and practice to theory. The practice is training the mind, and the goal is achieving a constant mindfulness that will end suffering and yield peace and compassion at every moment. Achievements, he says, come gradually with relentless training in meditation and practicing the moral precepts.

Ajahn Chah’s plain teachings and simple, straightforward examples cross language barriers easily as he instructs us on the fundamentals of impermanence and nonattachment.

In “Being Dharma” Paul Breiter allows us to soak up the simple but profound wisdom of this master to the masters. “–Brian Bruya

“Probably the best thing I’ve ever come across..”

“Ajahn Chah is my favorite monk and in this book, are his most profound wisdoms. Hands down, this is something I could live by and read again and again. Every page is deep and insightful and written in a language we can all understand. You don’t have to be of a certain class or of a certain education to be able to grab these concepts. Ajahn Chah’s words rings with truth that will keep you turning the pages. It will change the way you see yourself, the world and life. It really will change your life.”

“A good book about Dharma”

“This book covers many different topics. Ajahn Chah addresses many common difficulties and straightens some common wrong views. The style this book is written in, is easy to understand, although there is deep meaning in the words. Ajahn Chah speaks from his heart, from what he knows to be true himself as opposed to something that he just believes. I think anyone could learn from this book.” Amazon reviews