Fixing the Hole in my Heart 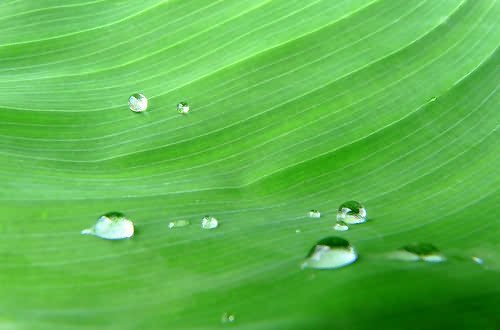 “The natural state of the human mind is calm and clear…”

I was in my mid-fifties when I met my soul mate. It’s not that I never wanted to get married, the problem was that I never met anyone I wanted to marry or if I did, she didn’t want to marry me. Anyway, I finally met her. We were made for each other – we had the same likes – yoga, meditation, and travel. Not only that, she was beautiful, about my age, and she showered me with affection. How, I wondered, could I ever find a better woman?

She was, I was sure, living proof of the old adage: “When the student is ready, the teacher appears” but in this case it was: “When the man is ready, the woman appears.” Now, at last, after so many years of meditation and, as they say, “working on myself” I was ready to handle the big one: wedding vows. My meditation was bearing fruit in the form of the perfect partner that my good karma had sent me.

There were however a few problems. One of the problems was that we were in Brazil, she was Swiss, and I was American with my Brazilian visa about to expire. Never mind, we said to each other, soon we will meet again in Thailand.

In Thailand I had many contacts, one of whom I was certain could help this multi-lingual social worker find a job. We would get a nice apartment together and spend our spare time doing yoga, meditation and traveling around Thailand and places beyond.

For the first few weeks that we were apart we wrote each other long email messages that included everything we had done that day, as well as all of our hopes and dreams. Then she said that she was going to do a bit more traveling, this time in the jungles of Brazil, which meant that she would be out of email contact for a few weeks.

In the meantime I re-arranged my finances to make marriage easier: I bought into a European money-market and invested into it a large part of my savings. After we got married, I decided that I’d give her that as a present. Why not?

When a few weeks had passed and she was out of the jungle, she wrote me to say that much to her surprise (and even more to my surprise) she had, totally unexpectedly, fallen in love with another guy and now, together, they had decided to tour South America.

This hit me like a city bus hits an apple in the street: I was flattened, squashed and unrecognisable pulp.

Whoa. The mind quickly went through all of the usual stages: shock, anger, and resentment. Then I began to wonder what I should do? Step one, I decided was to calm the mind. I began by going on a 10-day fruit fast. That helped. During the fast I decided that to get even calmer I would go on a 10-day meditation retreat that was being organized in a meditation center in Thailand.

At the meditation retreat I found that my mind was always wandering back to my “perfect partner” who had recently deserted me. A few times I felt as if I was falling into a hole which I could not get out of and more than once I wondered how I could ever live my life without her. Wasn’t she the woman I had spent my life looking for? Wasn’t she my long-lost soul mate?

Nevertheless sometimes the thoughts of her were so strong that I wondered why I had come to the meditation retreat. Was I just wasting my time? But I kept at it and I kept watching the mind, noting the thoughts, mind states, and bodily reactions. Gradually, I see now, I created a space between myself and my thoughts. I began to see the thoughts not as reality, but as simply thoughts.

It was a long retreat – full of doubts and occasionally very uncomfortable thoughts.

However, a day or two after the retreat ended I noticed that I couldn’t really remember what I had ever been upset about. The way things seemed to me now was that I had met a very fine woman, had a very good time with her, and after that, the relationship had simply changed. Things were just the way they were, and that was fine. There was no need for things to be any other way. I couldn’t find anything to be sad about. As far as I could tell there were no bad feelings between myself and the woman.

She, I think sensed that I didn’t have any bad feelings for her; we stayed in touch.

Last week, more than a year after I had last seen her and a year after the meditation retreat, I found myself in Switzerland for work. I wrote her to say that I was in her country and asked if we could meet.

In Switzerland many Swiss buy a transportation pass that allows them to go anywhere any time on the public buses and trains for a flat monthly fee. What a marvelous system! She told me that she would use her pass to come visit me in three days.

Last night we met. It was delightful to see her again. Neither one of us wanted anything in the relationship except what was there and what was there was simply an open communication. These days she has yet another boyfriend and this guy, she says, is really very sweet.

We were both very happy for each other.

That’s what really happened. I wrote the story down and sent it to a friend in the hope that it would motivate her to use meditation as a tool to mend her bitterly broken heart. She wrote back to tell me that jealousy and bitterness is natural. Hmm. Natural? The Buddha knew what was natural when he said, “the natural state of the human mind is calm and clear.”

About Tom Riddle: I’m from the mid-west of the USA, but I haven’t lived there since 1974. I don’t have a home or apartment anywhere. I’m homeless and I travel all the time. In the last 14 months I’ve been in India, Nepal, Tibet, Thailand, Brazil, Peru, USA, England, and Switzerland. I make movies for non-governmental organizations, small development projects, and meditation centers.  My home page, Thomasriddle.net has pictures from many of the places I’ve visited. My Youtube movies Kindly contributed to Zen Moments by the author

Peace Is Every Step: The Path of Mindfulness in Everyday Life
By Thich Nhat Hanh

“We can smile, breathe, walk, and eat our meals in a way that allows us to be in touch with the abundance of happiness that is available. We are very good at preparing to live, but not very good at living. We know how to sacrifice ten years for a diploma and we are willing to work very hard to get a job, a car, a house, and so on. But we have difficulty remembering that we are alive in the present moment, the only moment there is for us to be alive.” – Thich Nhat Hanh – Peace is Every Step

80 percent of the balls that don’t reach the hole, don’t go in.