“So – stand back and look at what it’s costing emotionally.
Forget the money for the moment…” 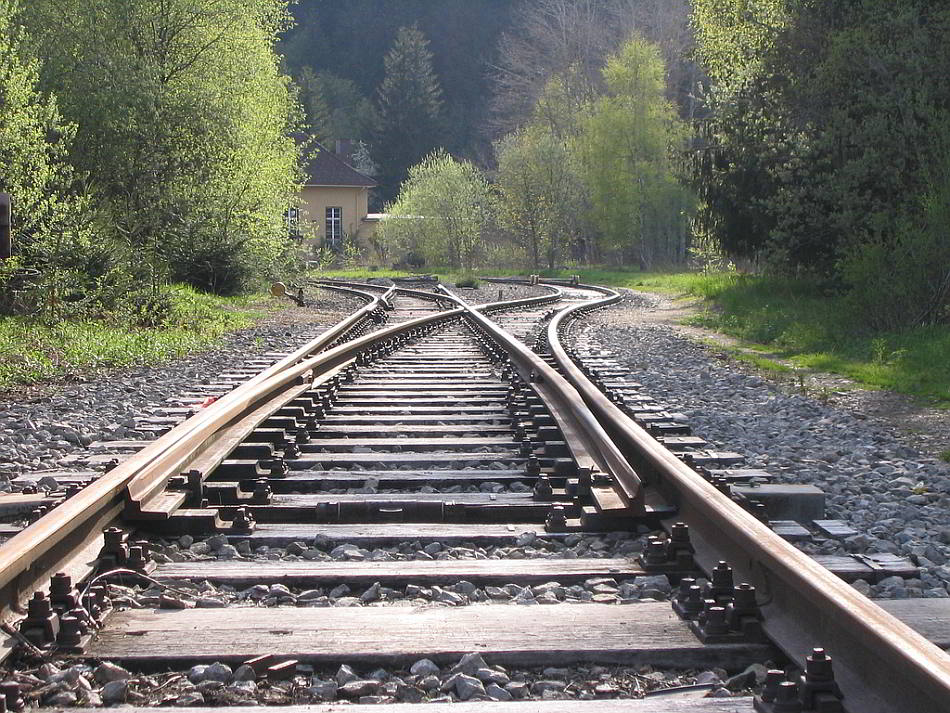 Having been a Buddhist monk, and now running an IT support business, I find that these two worlds sometimes overlap in surprising ways.

In running my business, I never sign contracts with people. Everything is done on trust, people come to me through word of mouth recommendations, if a job goes wrong I turn off the hourly-rate meter and give it whatever time it needs to deliver the result. I try to give excellent and caring service, and have had few problem customers since I began.

But about two years ago, a company I had worked for from time to time called me in on about three occasions – one time in the evening – to sort out their network problems. When the work was completed I invoiced them, as normal. They said they would pay me, but the company was undergoing restructuring, and could I reissue the invoice to the boss himself – as he was winding the company up and continuing his business as a sole-trader.

A couple of months went by and no payment. I called them and they apologised, and I resubmitted the invoice. More months went by. I called again several times. They started stonewalling. I went to see them, and they wouldn’t let me into the office, or put me through on the phone to the boss. He had changed his cell-phone number, and there seemed to be no way to reach him. He was avoiding me.

I began to wonder if I was ever going to see the £400 they owed me.

What frustrates you when people fail to pay is partly the time it all takes, and the emotional aggravation. You start resenting it, feeling angry and indignant. The tone of your phone calls becomes more aggressive, and it starts taking its toll. You can’t stop thinking about it, ruminating about what you can do to pressurise them.

Of course there are the legal channels – take them to the small claims court, hire a debt collector. But the chances of seeing a reasonable portion of the money at the end of the process seemed small to me. Was it worth it? And how long would it all take?

And then there was the temptation for revenge.

Having set up and managed their emails and broadband access, I have all their passwords – including the master password. I could log into their account from some internet café somewhere, and block their internet access or delete their email accounts. It would play havoc with their business – deleted email accounts can’t be resurrected, and the email address is printed all over their business stationery.

Or maybe I could just cause a little bit of mayhem, so that they would have to call me in, and then I could refuse to respond until they paid me – paid me double – for all the stress they’ve caused me.

And they’d never discover who it was. Or if they suspected, they wouldn’t be able to prove anything. But if the boss did suspect, he might just turn up at my house with his Rottweiler – he’s built like a tank. He might beat me up….

Of course, all of this is illegal. I would be committing a crime. But you see where it’s going. This is what the mind does with it. I have been wronged, I am feeling righteous and I want to make them suffer.

So what do I do about it?

Take them to court? A process that can take months, and even if I win, they can refuse to pay. Then it’s back to court. And court fees will take a sizeable chunk out of the money I am owed.

A debt collector? Well, by the time they’ve taken their fee I might get £150. Is it worth it?

Or there is criminal sabotage. Maybe I could chuck a petrol bomb over the wall and burn down their offices (the angry mind fantasises quite creatively).

Or I could stop and look at what I am doing. Just … Stop.

At the moment it is all in the mind. I haven’t actually DONE anything, fortunately.

But look at how much it’s affecting me already. I HATE them!

So – stand back and look at what it’s costing emotionally. Forget the money for the moment.

I am suffering. Why? Because I want things to be otherwise. Simple

I have been in business for more than seven years. In all of that time have I had any other bad debts?

No. Everyone else has paid up.

A few times people have made me wait. But there have been no contracts, no lawsuits, no real problems. I have been fortunate to be able to run my business and maintain goodwill with several hundred good people.

So, one bad debt in seven years? Isn’t it bound to happen sometime, just through being in business? It just happens to be this company, this individual. Could have been anybody, really.

So couldn’t I just accept the situation, and simply drop it?

But wouldn’t they just be getting away with what is tantamount to theft?

Look at the emotional cost. It is costing me emotionally now, in the present. I am suffering over it. I keep thinking about it.

If I take them to court or get the debt collectors in, it’s not going to be over for months.

And if I decide on some minor form of sabotage, somehow I am strengthening the karmic ties I have to them. I might feel a moment of triumph, but then worry and guilt. Maybe they’ll find out. Not a very enlightened thing for an ex-Buddhist monk to have done. But I am binding myself to them further, not freeing myself from them.

And the Buddha said something along these lines: acting or speaking with a hateful intention, is like grabbing a red-hot lump of coal and hurling it at the other person. Even before it leaves your hand – you yourself are harmed.

So how to end it? Can it end now, without waiting for resolution to come at some time in the future?

The reflective part of me, nurtured for all those years as a monk, actually does know better.

I just haven’t been paying attention.

The suffering can end now, by letting go of wanting it to be different. And that means making peace with the unsatisfactory way it actually is.

And when the thoughts and feelings and temptations arise, turn away from them. Let them slosh around, but don’t feed them. You can’t stop them coming but don’t indulge in them. Don’t wallow in them for another six or nine months, holding out for the piece of paper which vindicates your righteous indignation and says “You won”.

But isn’t that just letting them get away with it? In a way, yes.

What goes around comes around. If they choose to treat people they do business with like this, they won’t be able to keep their business going very well – business operates to a large degree on trust. If you screw people over, it’ll always be in the back of your mind that they might get back at you, and screw you over in return. What a way to live!

So it’s about a year since I decided to drop it. The unwholesome thoughts still come a-visiting from time to time. I still find myself opening that Word document and looking at all their passwords. But the heat has gone, the feeling of being wronged has subsided, and along with it the energy I would need to suppress my conscience and better judgement and do something spiteful.

I both couldn’t do that and wouldn’t.

Because I’ve found a way of stopping it now.

And that’s a relief. And I’m grateful.

If I was just looking at it in money terms, or with my sanctimonious righteousness (“it’s not the money, it’s the principle of the thing”), I would still be stuck in it, suffering still, holding out the hope that somehow I might triumph in the end.

But in sitting with it, feeling it and looking honestly at what it’s already doing to me, what it’s costing me emotionally, I realised that holding out for that hope was not worth the emotional cost.

How is it caused?

How can it end?

Post-script – this is what happened to the boss..

Written for Zen Moments by: Alan

Photo: Which way? By Flominator

Emotional Intelligence
10th Anniversary Edition;
“Why It Can Matter More Than IQ”

“Everyone knows that high IQ is no guarantee of success, happiness, or virtue, but until Emotional Intelligence, we could only guess why. Daniel Goleman’s brilliant report from the frontiers of psychology and neuroscience offers startling new insight into our “two minds”—the rational and the emotional—and how they together shape our destiny.

Through vivid examples, Goleman delineates the five crucial skills of emotional intelligence, and shows how they determine our success in relationships, work, and even our physical well-being. What emerges is an entirely new way to talk about being smart.

The best news is that “emotional literacy” is not fixed early in life. Every parent, every teacher, every business leader, and everyone interested in a more civil society, has a stake in this compelling vision of human possibility.”

Peace is not an absence of war, it is a virtue, a state of mind, a disposition for benevolence, confidence, justice.